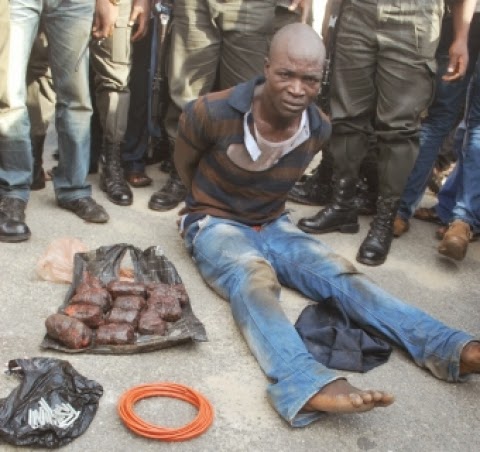 Rivers state police officials have released the picture of a man from Nasarawa state, Ibrahim Aliyu who was arrested with explosives.

He was caught with large quantity of dynamite explosives with a detonator and cordless wire.

The suspect confessed to be member of a kidnapping syndicate based in Ogbogoro Town and member of a bank robbery syndicate that operates between Port Harcourt and Akwa-Ibom State,” the statement said.