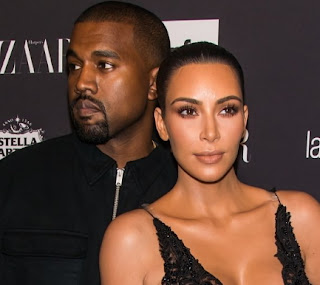 Kimye (Kim Kardashian and Kanye West) have welcomed another baby.

The couple’s third child, a full term baby girl who weighs 7lbs 6oz was delivered at an undisclosed hospital in Los Angeles yesterday Monday the 15th of January 2017.

Kim broke the good news via her personal website at KimKardashianWest.com few hours ago. 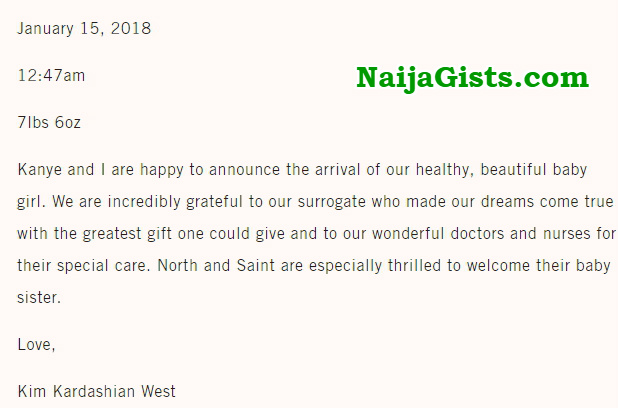 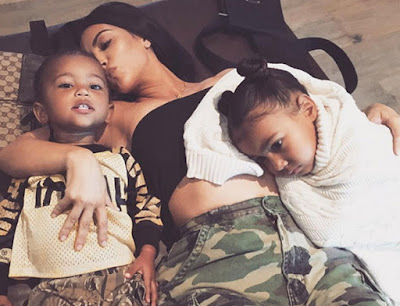 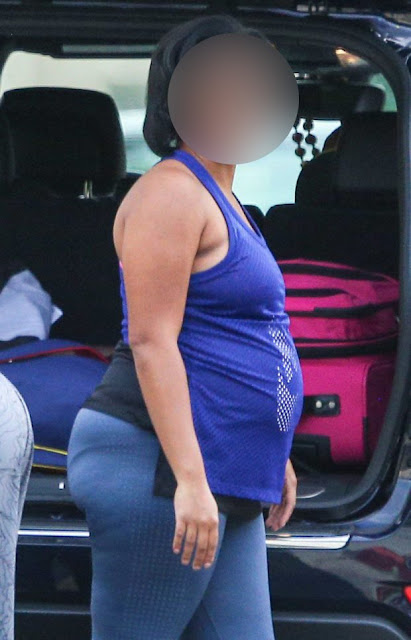