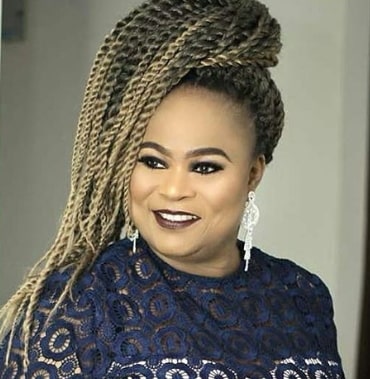 The Nollywood industry has a retinue of beautiful, talented and very strong willed women. One of them is Sola Sobowale: an Icon, a role model, a role interpreter and a disciplined actress.

Sola Sobowale’s sojourn into the movie world did not start today, she is one of the veterans we have in the industry. Her dexterity as an actress is not limited to a particular role. Sola Sobowale can act a lover girl as well as she would act a loving mother. She can go from being a cruel mother to being a devoted and loyal wife. That is how good she is.

Some of her unforgettable roles in Nollywood can be found in the movies: Jokotola, Lagidigba, Oun Oko Somida, Diamond ring, Wedding Party to mention just a few.

Just when we thought we had seen her best in The Wedding Party, the talented actress swept us off our feet with her eclectic performance in Kemi Adetiba’s King Of Boys, a role which many have said will win her an ‘Oscar’!

Asides being a very prolific actor, Sola Sobowale is a woman of virtue, respected beyond words in the industry, a family woman, who puts her family first all the time.

Sola Sobowale has laid the foundation of acting well in her home so much that her twin children are now movie producers with a number of movies to their credit.

Sola Sobowale has a very soft exterior which sometimes belies her disciplinarian stance… yes, this woman of virtue might look so soft because of her beauty but you still don’t joke with her! This does not mean she is “Laburu”…

Lovable, talented, witty and very funny… you can’t help but love and crush on Mrs Sola Sobowale our woman of Virtue!

Continue Reading
You may also like...
Related Topics:king of boys, sola sobowale, talent