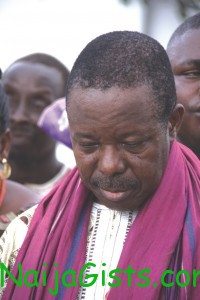 According to new of the people, what can be termed as a total disgrace played out itself in the case of the self acclaimed King of World Beats, King Sunny Ade {KSA} as his belongings were on Monday, 12th December 2011 thrown out of his rented apartment at Omole phase 11 estate Ikeja Lagos by Peoples Democratic Party (PDP) chieftain, Chief Ebenezer Babatope. https://naijagists.com

We learnt that the eviction which saw residents of the area opening their mouths in disbelieve was carried out by the sheriff assistants of the high court of Lagos state. The eviction which lasted for hours made a lot of the residents of the area wondered what would have made the belongings of the most popular juju musicians be thrown out in that manner by the Ilesha, Osun state born politician popularly referred to as Ebino Topsy .

It was discovered that before the eviction that day, Babatope has through his lawyers sent court papers to KSA since July asking him to leave his house which serves as the headquarters of one of his chain of businesses named KSA Investments. The building also houses two of the children of the grammy award nominee; a male, Oba and a female, Kemi.

When it became obvious that KSA was reluctant to move his children and his properties away from the apartment five months after being served the court papers, Babatope’s daughter who occupies the other wing of the duplex got a judgment against their illegal continued stay on the property and with the help of a police officer, four Sheriff assistants working for the Lagos state high court on the day of the eviction moved into the house and threw out KSA’s belongings.

It took several hours before the apartment could be rid of KSA’s properties as his son, Oba who has before then been pleading with Babatope’s daughter for more time before he leaves the house or a total rescind of the decision was begging the law enforcement agents to be lenient in the discharge of their duties as according to him, it will be a total disgrace and negativity if the whole world hear about what has happened.

When all his pleas fell on the deaf ears of the officers, Oba called his dad on phone and KSA quickly detailed his manager, Charles Ogundipe to take go and sort things out on his behalf. Before Charles got to the scene, a blue cabstar truck marked XW 378 AKD was driven ito the premises and it took KSA’s belongings to his own house at No 1 Oshokoya Street in the same estate. 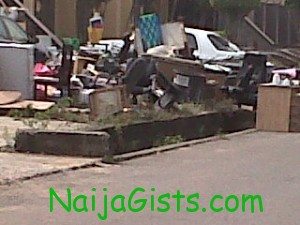 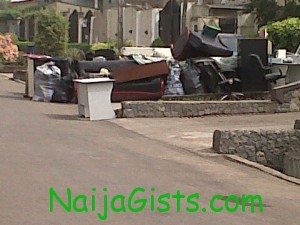 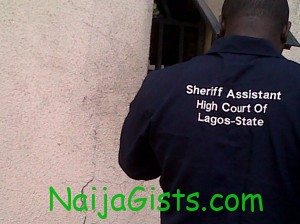 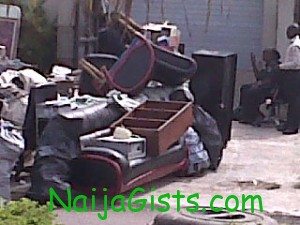