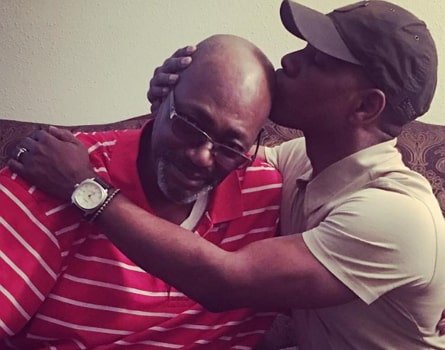 He made this known on Instagram yesterday after the reunion.

The singer revealed that he used to hate his father with passion after he and his mother gave him up for adoption after he was born.

He told fans yesterday that his biological father called him few days ago to give peace a chance. 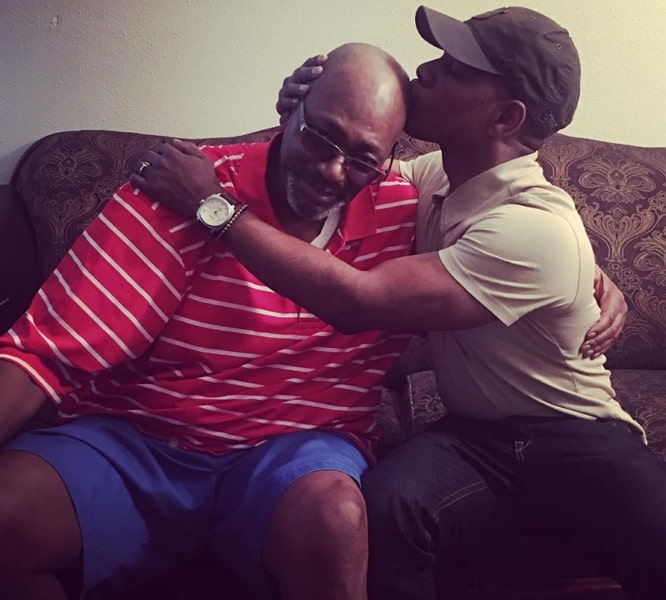 He had to abandon his projects and fly to Houston Texas where the emotional reunion took place.

Here is what he told his followers yesterday via his official Instagram page @kirkfranklin. 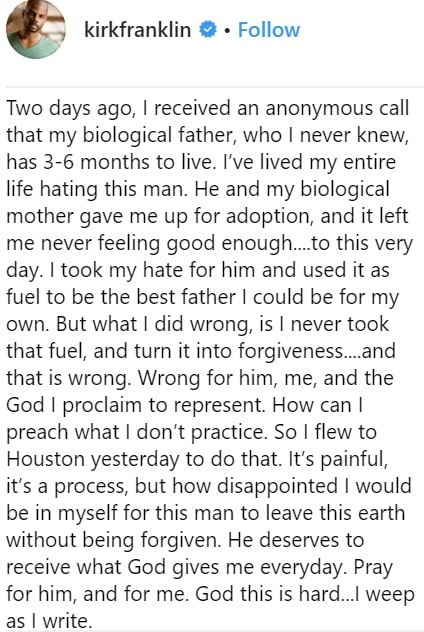 Franklin was raised by his Aunt Gertrude, a very religious Baptist church member.

The singer who was born on the 26th of January 1970 in Fort Worth Texas to Miss Gertrude Franklin and a father whose name is unknown till now was abandoned as a baby by his mother before his aunt adopted him.

He had a very rough childhood before Jesus saved him.