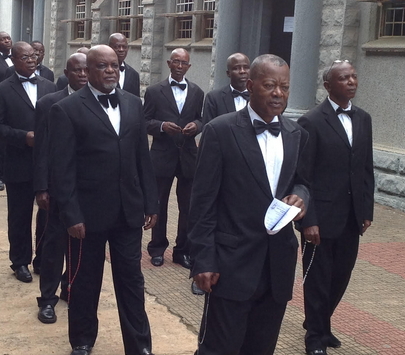 As the Marian Year activities gather momentum, the Knights of St Mulumba, Onitsha Subordinate Council led by the Grand Knight, Sir Dr B O B Ugonabo have joined other societies and organisations in discharging the mandate of the Catholic Bishops Conference (CBCN) to dedicate the year 2017 as a Marian Year.

The Grand Knight, Sir B O B Ugonabo who led the Knights and ladies of the sub council in a Rosary Procession round the Basilica Church said it afforded his members the opportunity to refresh and renew their devotion to Mary.

According to Sir Ugonabo, it will also afford the faithful the opportunity to be close to Christ through Mary His mother.

He recalled that the celebration is to mark the centenary of Mary’s apparition to the three shepherd children of Fatima in Portugal in 1917.

The Grand Knight commended the Archbishop of Onitsha Most Rev Valerian Okeke for his initiative and commitment in Marian activities and also for encouraging the faithful on the need to emulate the virtues of the Blessed Virgin Mary. 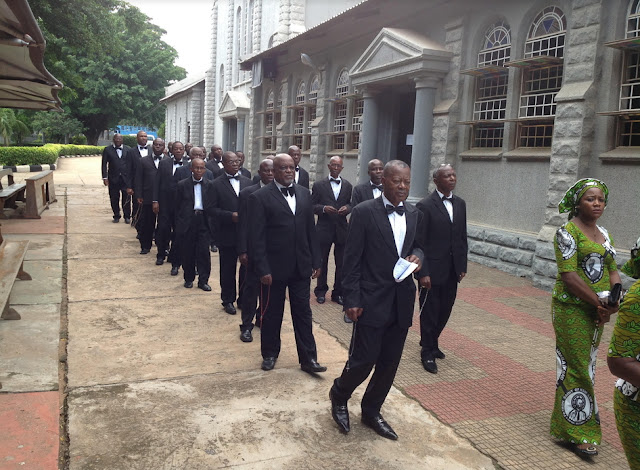 It is to be recalled that the KSM Onitsha sub council gave birth recently to a new sub council now known as the Basilica Sub council whose Grand Knight is an accomplished medical doctor, Sir Gabby Nwankwo.

Dr Gabby Nwankwo received the enabling operating charter from the Supreme Knight of KSM,Nigeria,Sir Mike Mary Nwosu after the inauguration of the new sub council.

Spokesman and public relations officer of Onitsha Subcouncil,Sir Vitalis Ewelike expressed optimism that the new Basilica Sub council will succeed in all endeavors.

Photos: It Is Bishop Shanahan Day With A Difference
Photos: Man Proposes To Single Mother He Met On Facebook In The Most Beautiful Way