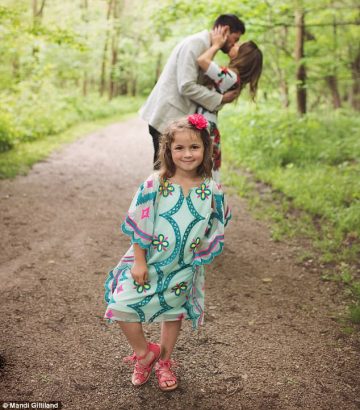 June 23, 2017 – Photos: Man Proposes To Single Mother & Her Daughter In The Most Beautiful Way

So when time came for him to get down on one knee and propose, Tribbett made the touching decision to propose to both of them.

Her man had taken her and daughter, Adrianna out for breakfast and surprisingly, proposed to her. Moments later, he got back down on one knee and proposed to Cassandra’s five-year-old daughter Adrianna.

‘After anxiously eating breakfast, hoping and praying he wasn’t going to get down on one knee in the middle of a very busy Saturday morning brunch, we left for Ritchey Woods Nature Preserve where I knew something was up. 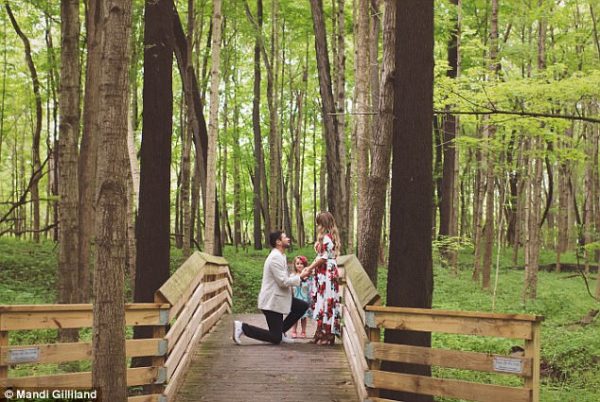 We walked a mile in the woods, all the while I was wearing heels. It was quite the adventure, let me tell you! Finally, we got to a wooden bridge in the middle of the forest and he got down on one knee. 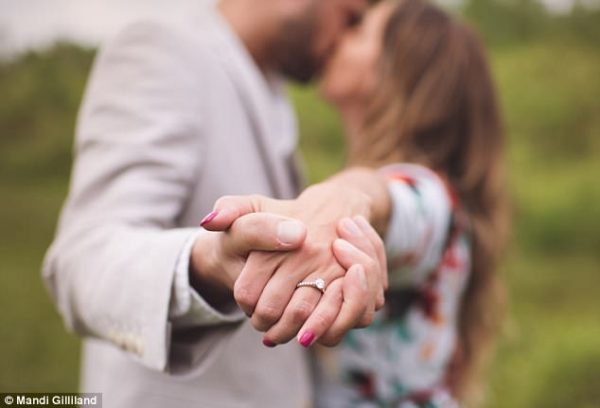 ‘After proposing to me, Grant got back down to propose to my daughter. He said ‘Adrianna can I be your daddy, to promise to love and protect you for the rest of your life?’ 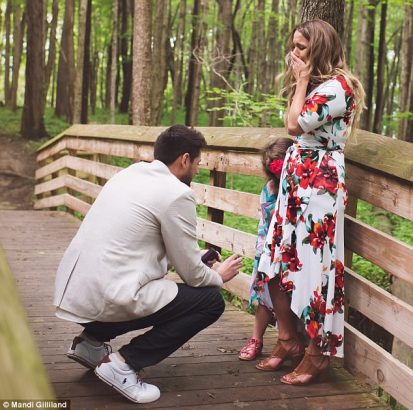 ‘As soon as he spoke those sweet words, I once again broke down in tears. Not the cute kind of tears either, the bawling type tears. My little heart could not take so much love!’
Screaming with joy she (my daughter) said, ‘I finally get a daddy mommy, I finally get a daddy!’

He presented her with a beautiful heart necklace as a symbol that she now carries a piece of his heart with her.’ 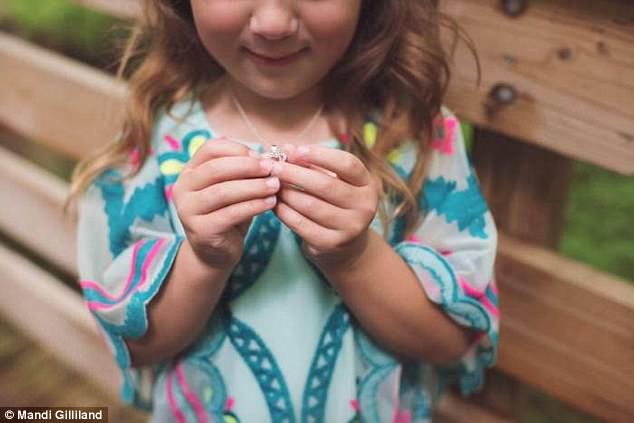 The touching moment was captured by the couple’s friend and photographer Mandi Gilliland who was hiding nearby.