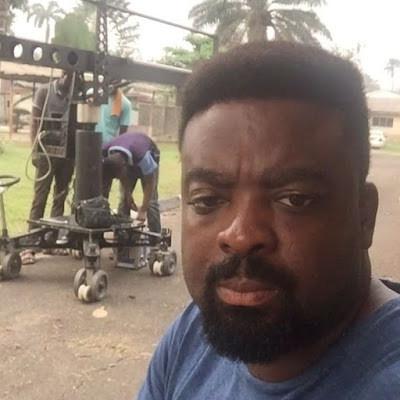 Feb 19, 2017 – Kunle Afolayan: Why I Use Lagos Area Boys As Security Guards On My Movie Set

Nollywood filmmaker Kunle Afolayan recently talked with Joe Agboro on the set of his new movie, Roti in Ikeja Lagos.

Mr Afolayan who confirmed harassment by area boys revealed how he handles them anytime they show up to cause chaos on his production set.

“We got harassed here yesterday too. For me, I think the manner of approach is also very key. In fact, it’s not as bad in Lagos as Abeokuta and Ibadan. In fact, there, they (area boys) would hardly even listen to you at all.

But here (Lagos), for me, I’m always able to control them. I just need to speak to them and we’ll now put them to use. Once they come, we’ll give them roles, give them things to do. Sometimes, we’ll make them as security. Sometimes, we’ll use them as extras in the film. And they would get paid for it. So, that’s how I’ve always handled things.”

In Picture: Olubadan Of Ibadan & Wives Spotted In London
Femi Adebayo Salami: My 1st Marriage Crashed Because My Ex-Wife Didn’t Like My Career