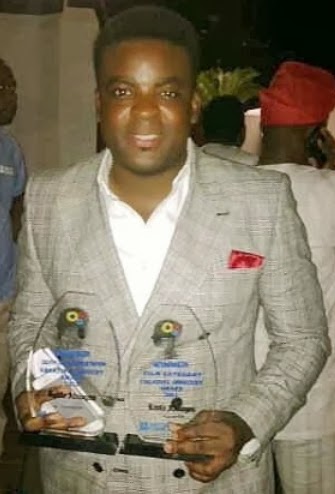 Hardworking Nollywood movie producer Kunle Afolayan has been greatly rewarded for his contribution to the Nigerian movie industry.

The experienced actor got two major awards at an award ceremony that held at the British Council Gardens in Lagos on Saturday the 25th of January 2014.

Kunle Afolayan won two awards for creative actor and entrepreneur of the year 2014.

This is the same guy that said he might die soon for spending too much time on movie set last year now he has been rewarded.