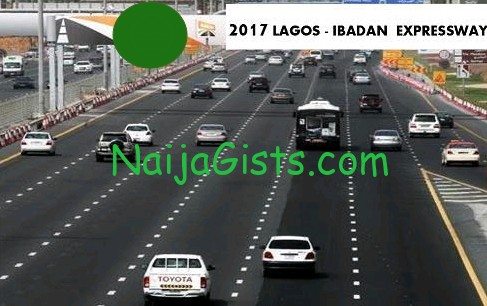 The Federal Government today terminated the concession of the Lagos-Ibadan expressway, which was granted to Bi-Courtney Consortium on May 8, 2009, and handed the job to Julius Berger Plc and R.C.C Nigeria Limited.

The Minister of Works, Mr. Mike Onolememen, disclosed this in an interview with State House Correspondents in Abuja.

The government said the action was taken because of the failure of Bi-Courtney, which is owned by billionaire Wale Babalakin, to fulfill agreements reached with it on the project.

The minister said, “Due to the senseless carnages on this important expressway which is part of Arterial Route A1, the Federal Government has also decided to embark on the emergency reconstruction of the expressway.”

He said that his Ministry had engaged Julius Berger Plc and R.C.C Nigeria Limited to commence work immediately on the reconstruction of the expressway.

Julius Berger will handle Section 1, which is from Lagos to the Shagamu interchange, while RCC Nigeria Limited will be responsible for Section II, from Shagamu to Ibadan.

“The federal Government wishes to assure that while it will continue to uphold the sanctity of contracts entered into by the federal government, it will not shy away from implementing provisions of the contract agreement dealing with non-performance on the part of the contracting party.”

According to the Minister, the legal implications of terminating the contract have been carefully considered by the Federal Ministry of Works and the Federal Government.

Mr. Onolememen said: “If you recall we have been on this issue for quite sometime now and we have meticulously followed the concession agreement, the provision of relevant clauses of the agreement. We have complied fully with the provisions of this agreement. We have had cause even in the past to write the concessioneer to detail the breaches which it had committed in this agreement in this particular transaction and we have also followed the minimum and maximum number of days the contractor was expected to remedy the situation but failing which the Federal Government had no alternative but to take this course of action”.

He noted out that Bi-Courteny was supposed finish the job in four years, which will come to a close in about six months’ time, with nothing on the ground to suggest that it is capable of fulfilling the objective.

On whether it was a mistake giving the concession to Bi-Courteny in the first place, he said, “I would not want to say that it was a mistake, because though I was not [the Minister] at that time, perhaps at that time they had the most responsible bids, the details best known to the then Minister of Works and his team that handled the project.

On the percentage of work done on the road so far, he said: “I will leave that for those who use the road. As far as we are concerned the terms of work have not been complied with”.(Source:Sahara reporter)