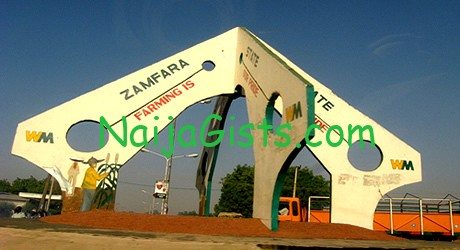 A major automobile mishap in Zamfara State today left more than 20 people dead including 6 children. Two vehicles reportedly collided, killing 17 at the site of the impact. Sources said that overload and reckless driving appeared to be at fault.

It was the second pile-up to occur that day but the only one with fatalities. When contacted, the Federal Road Safety Commission (FRSC) Sector Commander in the state, Abdulkadir Bala Mohammed, confirmed the occurence of the incident.

Zamfara was recently cited for its high number of deadly traffic incidents. The Zamfara Sector Command of Federal Road Safety Commission (FRSC) said on Wednesday that 85 persons died in 285 road accidents in the state this year between January and November.

The Sector Commander, Alhaji Ibrahim Sarki, told the News Agency of Nigeria (NAN) in Gusau that 950 persons were injured in the accidents which involved 349 vehicles.

Sarki said there was a decrease in the accident rate, compared to the situation last year when 156 died and 1,273 were injured in 295 accidents, which involved 412 vehicles. He did not give a reason, however for the particularly high number of tragic traffic episodes in the region.(Source)