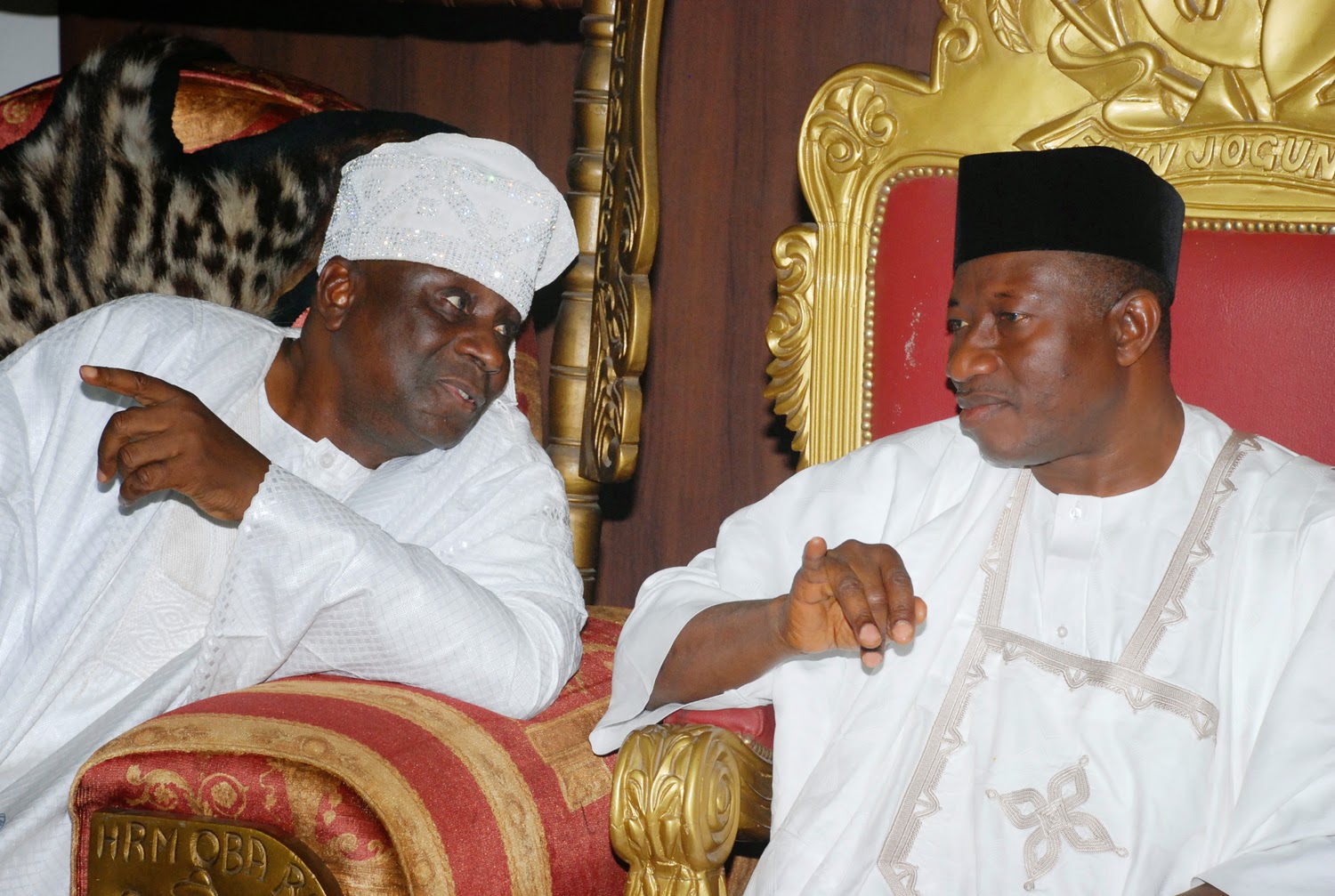 The King made the threat public while reading the riot act to Igbo leaders and traditional rulers in Lagos state today.

He warned the Ndigbos planning to vote PDP governorship candidate, Agbaje to change their mind if they don’t want to experience his wrath.

He said if any Igbo indigene vote Agbaje to power, he will make sure they die.

See excerpt from his speech below:

“On Saturday, if anyone of you goes against Ambode, who I picked, that is your end. If it does not happen within seven days, just know that I am a bastard and it is not my father who gave birth to me.

“By the grace of God, I am the owner of Lagos for the time being. This is an undivid­ed chair. The palace belongs to the dead and those coming in the future. On Saturday, if anyone of you, I swear in the name of God, goes against my wish that Ambode will be the next governor of Lagos State, the person is going to die in­side this water.

“For the Igbo and others in Lagos, they should go where the Oba of Lagos heads to. When they were coming to the state, they did not come with all their houses. But now, they have properties in the state. So they must do my bidding. And that is the bidding of the ances­tors of Lagos and God.

“I am not ready to beg you. Nobody knew how I picked Ambode. Jimi is my blood relation and I told him that he could never be governor in Lagos for now. The future belongs to God. I am not begging anybody, but what you people cannot do in Onitsha, Aba or anywhere you cannot do it here.”

This is too much don’t people have choice again???. The oba should take it easy o, politics is not a do or die affair.

Every Nigerians should be allowed to exercise their democratic right.