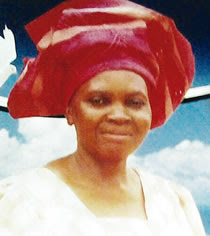 All was set for the burial of 55-year-old Mrs. Ayoka Buhari, who had died after a brief illness, in the Mowe area of Ogun State.

The wake had held, the burial ground had been prepared as friends and bereaved family members gathered for her interment in the family compound on Thursday.

But as the family approached the management of the TOS Funerals, which manages a morgue in the Gbagada General Hospital, for the corpse around 8am, the body could not be found.

We learnt that the corpse had been mistakenly swapped for another.

A relative, Folorunsho Adeoluwa, expressed sadness over the incident, threatening legal action against the owners of the morgue.

Adeoluwa said the mother of four had died on Wednesday, October 14, and was taken to the morgue.

He said, “The family was asked to come for the corpse at 8.30am today (Thursday), but when we got there, we discovered that they were not ready for us. Later, they said the woman’s husband must show up before they release her corpse.

“Her daughter, however, insisted on seeing the corpse. They brought out a corpse and she raised the alarm that it was not her mother.”

Our correspondent was told that after much enquiries, a worker in the morgue, identified as Femi, explained that there was a problem of mistaken identity.

He was said to have told the family that the corpse was wrongly tagged and given to another man, who lost his wife.

We gathered that the deceased’s husband and a few family members rushed down to Matori, Mushin, to meet the man who was suspected to have taken the corpse.

It was learnt that on getting to the place, the family discovered that the corpse had been buried.

“The man said he had buried his wife and he could not exhume her body unless the family showed him the picture of the corpse they have in the mortuary.

“We all rushed back to the morgue and took a picture of the corpse that the hospital wanted to give us. The woman’s husband has not returned from the place,” Adeoluwa added.

We was told around 4pm that the first family had identified the photo of the corpse as theirs, but it had not been established if the buried one was that of Mrs. Buhari.

A relative, Deborah Ogunfowora, berated morgue managers for being “careless.”

She added that the family had paid all the money for the one week the deceased stayed in the facility.

She said, “They don’t know their jobs. They are just making excuses. They said the two corpses were brought in at the same time and the mistake happened when they were tagging them.

“Right now I have been getting calls from those at home to know what is going on and I can’t pick their calls. Everybody is apprehensive.”

The spokesperson for the morgue, identified simply as Olumide, said the corpse had been found and the family was going for the burial around 7pm.

“There was just a mix up, which has been sorted out. I am with the family; they are driving ahead of me. We are on our way to bury the corpse. The matter has been resolved,” he said.

Continue Reading
You may also like...
Related Topics:Buhari, family, lagos