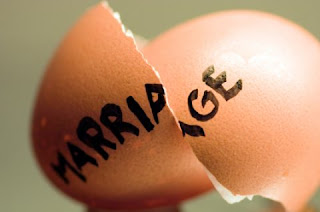 A 72-two-year-old technician on Thursday in Lagos divorced his wife for depriving him of sex for six years.

An Igando Customary Court dissolved the 12-year-old marriage of Salmon Kassim, who also accused his wife, Mariam, of infidelity.

The Court President, Mr R.I. Adeyeri, held that the estranged couple was tired of the union, thereby making all efforts of the court to save the marriage fruitless.

“Since both parties consented to the dissolution of the marriage, the court has no choice than to dissolve it. Both parties are free to go their separate ways.

“They are to keep peace at all times; any violation of the order should be reported to the police,” Adeyeri ordered.

The News Agency of Nigeria (NAN) reports that Kassim filed the divorce suit on 22 November, 2012.

He told the court that Mariam, 48, was having an affair with another man and had refused to be stopped.

“She does not even allow me to touch her clothes, let alone her body, but she always goes out to enjoy herself,” he said.

The petitioner said that he was tired of the marriage and no longer loved Mariam.

Responding, Mariam, a food vendor, said that she denied Kassim sex because he refused to give her the documents of her landed property.

The woman said that Kassim sought divorce to take possession of the property since she did not have any child for him.

Mariam, however, consented to the dissolution, saying that there was no love anymore in the marriage. [NAN]