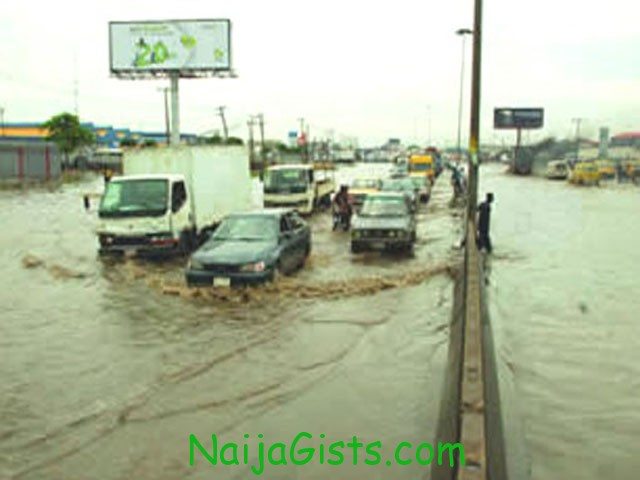 A powerful ocean surge that hit the Kuramo Beach Community residents in Lagos on Saturday has killed 16 people. naijagists.com

According to Lagos State Emergency management Agency GM, Mr Femi Oke-Osayintolu, the incident happened around 2 a.m in the morning while the resident were sleeping.

Illegal occupants of shanties at the beach front were among the ones affected.

“Yes, there was an ocean surge at Kuramo Beach very early this morning and we have some casualties.

“We have just recovered four body and we are still on a frantic search for about 12 people still missing.

“We have cordoned off the entire area and have asked residents to vacate immediately. It is a serious thing, but we are on top of the situation’’, he said. – Mr Femi Said

A resident of Iru community were the ocean surge occurred, Mr Akin Bayode said the problem was caused by abandoned sea vessels.

He said ship wrecks in Alpha Beach and other beaches in Lagos state is the major cause of this dangerous ocean surge.

He’s appealing to the Federal Government of Nigeria to assist Lagos State Government in removing the wrecks to prevent further loss of precious lives.