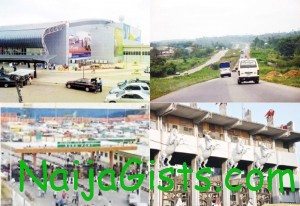 During a time the nation of Nigeria is witnessing serious security threats everywhere, it is expected that the Ogun State government with the collaboration of the Lagos State government would sanitize the cattle market, adjacent the long bridge on the Lagos/Ibadan expressway.

But this is not the case following the killing of an Army General, Brig-General Sylvester K. Iruh (retd) by armed robbers on the bridge on Saturday, 7 July, 2012.

The general was robbed and killed by suspected Fulani herdsmen who have turned the long bridge into a very dangerous axis of the expressway as many victims testified after the news of the killing of the general spread. He was attacked when his car broke down on the bridge.

On the same Saturday that General Iruh was attacked and killed, the herdsmen stabbed a commercial motorcycle rider and chopped off his ear on that notorious bridge.

The robbers struck again last Monday night when they stabbed a commercial motorcycle rider and his intestines bulged out. Doctors are now doing all they can to save his life.

We are worried that despite incessant attacks on motorists and commuters on the bridge, authorities of the two states have not bothered to clear the place brimming with all sorts of criminals and miscreants.

When the General was killed, the police in Ogun State claimed they had mounted surveillance in the place to forestall further attacks. But this has turned out to be false as the hoodlums, some of whom are illegal aliens, have continued to attack travellers on the bridge.

The hoodlums live in shanties around the cattle market and come out in the evening and late in the night to attack and kill their victims. Travellers have claimed seeing dead bodies, some dismembered, on that bridge at frequent intervals.

Though this dangerous area is located in Ogun State, the fact that it shares a common border with Lagos should also give the authorities in Lagos cause for serious concern. Who knows, it could be harbouring potential suicide bombers that could easily be hired to wreak havoc in Lagos and Ogun states. A stitch in time, they say, saves nine(pm).