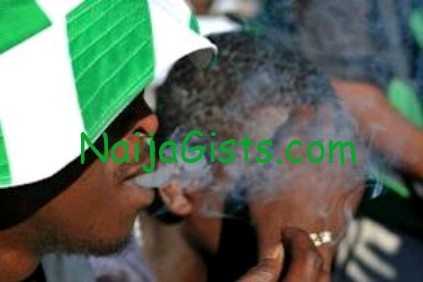 In a bid to reduce smoking which is considered injurious to our health, Lagos State is set to ban smoking in public places. naijagists.com

He said: “the provisions of the new traffic laws had prohibited people from drinking or smoking while driving in the state.”

“it is an offence to smoke while driving, smoking is totally prohibited for drivers; obviously it is not just for safety reasons it is also for health reasons because we are moving towards banning smoking in all public places.

“It is an offence to drive drunk; if you’ve been taking drugs, this law provides for blood test to determine whether you have ingested drugs which are inconsistent with your ability to drive.”

“So, this law makes it an offence to drive without a driver’s license, without proper plate numbers. It is an offence to use the phone while you are driving except you have hands-free set so you don’t need to put the set to your ear.’’

“We are keeping the roads in good repairs, but still, we have problems, and that problem is made worse by commercial motorcycles, by cart pushers, by even people rearing cattle” he said.

“There seem all of a sudden to be no rules; people just disobey the traffic lights.” (Channels TV)

Do you support the ban?