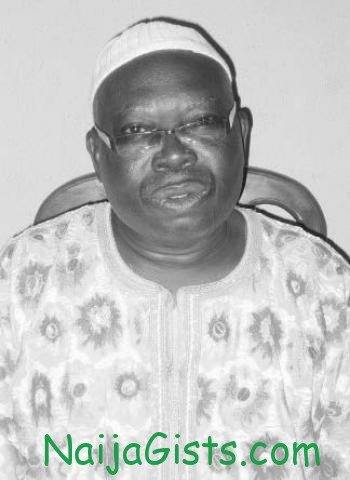 The Lagos State Task force on Environmental and Special Offences (Enforcement) Unit has threatened to arrest the Olu of Ikeja, Oba Raufu Matemi, for allegedly inciting street traders to resume trading at the Computer Village in violation of state government’s order. naijagists.com

The state government, through the taskforce had a month ago cleared the Computer Village of street trading because of the nefarious activities going on there and sanitised the area.

Some of the street traders had already started trading when the taskforce got a petition from the Computer Allied Product Dealers Association of Nigeria in Ikeja, Lagos, Southwest Nigeria that the oba had incited street traders against the government.

Taskforce officials stormed Computer Village yesterday morning and shut it down temporarily to maintain sanity and re-opened it in the evening.

Taskforce Chairman, Bayo Sulaiman led armed policemen to the Computer Village yesterday and vowed that street trading would not return to the area as it was against the policy of the government and ran foul of the new Road Traffic Law of the state.

According to Sulaiman, the oba had no immunity and could be arrested and made to face the music if he dared to incite street traders against the state government.

“A month ago, we displaced street traders from the Computer Village so that people could sell in their shops, but the Olu of Ikeja came in with some miscreants, telling the people that no government could stop street trading and that tomorrow (today), people should resume street trading.

“The oba’s town criers went round the market telling people to resume street trading. This is against the rule of law. Our men are on ground, we will not take it lightly with anyone who wants to force traders to flout our environmental law,” he stated.

Social Secretary, Computer Allied Product Dealers Association of Nigeria, Mr. Sunday Durojaiye commended the state government and the taskforce for its intervention at the Computer Village.

He said he was surprised when he saw the street traders that had earlier been ejected coming back to continue their trade, saying that government’s intervention had been very encouraging.(PM)