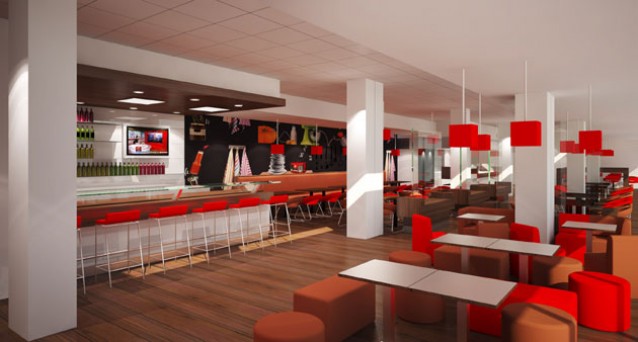 This is a warning message to all unregistered hotels, restaurants and event centers owners in Lagos and its environs.

The State government has begun a serious clampdown on unregistered hotels, restaurants and tourism establishments in the state following their non-compliance with the Supreme Court’s judgement.

The Supreme Court had ruled that only states had the power to regulate activities of hotels, restaurants, event centres and other establishments in the hospitality industry.

The government decried that over 3,000 hotels, restaurants and others in the hospitality industry were yet to register with the state government before doing businesses in the state. The annual registration fee for hotel is N250,000.

About 25 hotels and restaurants have been served default notices to comply with government’s directive to register their business outfit or risk closure.

On Wednesday, officials of the Ministry of Tourism and Intergovernmental Relations began enforcement of the law in Victoria Island, Lagos, southwest Nigeria, serving defaulting hotels and restaurants notices.

Some of the facilities that have been served default notices in Victoria Island are Jade Palace, Steers Real Burger, the Yello Chichi, Bonza Restaurant Café Bunbeanos and Paris Deli Restaurant Café Bakery.

The government lamented that only 25 percent of hotels, restaurants and others had registered with the government and vowed that it would ensure 100 percent compliance before the end of December, 2013.

Permanent Secretary, Ministry of Tourism and Intergovernmental Relations, Mr. Ashamu Fadipe said government had declared zero tolerance for hotels and others that refused to register their facilities with the state government.

“The Supreme Court judgment is that the states, not only Lagos State, should go ahead to legislate, register, enforce and do anything with the hospitality establishments. Since judgment has been delivered, we need to make them register with us. Registering with us has a lot of gains many of us can benefit from,” he said.

He said that any hotel, restaurant and others that had not register with the Lagos State Hotels Licensing Authority were illegal and had violated the Lagos Hotel Licensing Law, 2006.

“We have called them to stakeholders’ meetings. We issued press releases. We placed advertorial in the national dailies. We have also written letters to each of the non-compliant hotels, restaurants and event centres. Over 2,000 letters have been written to them. To date, they have not complied.

“We simply want them to register as accommodation and hospitality establishments with the Lagos State Government. With all our efforts, they are not complying. We have the law that backs us up. We cannot sit down and watch them violate the law. We have given then enough notice and time to comply with the law,” he added.

Executive Secretary, Lagos State Hotel Licensing Authority, Ms. Aduke Gomez said the law provides that any establishment operating in Lagos State without license from the state was operating illegally, adding that refusal to register would attract the wrath of the law.