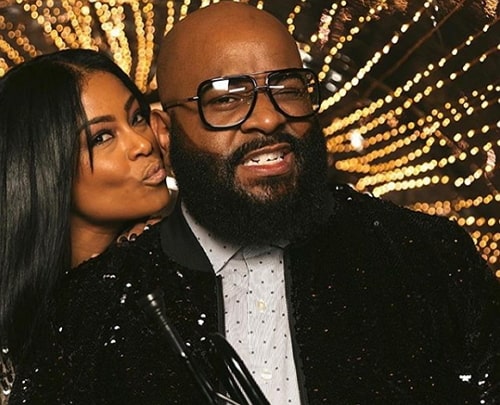 Daniels who was Micheal Jackson and Beyonce’ s songwriter’s death was announced by his publicist Mr Jojo Pada.

According to Pada, Daniels died as a result of injuries sustained in a car accident.

He added that late Daniels’s wife April Daniels issued a statement regarding her husband’s death on Sept. 4 , where she said that her husband died in a car crash in South Carolina.

“It is with deep and profound sadness that we announce the passing of our beloved husband, father, family member and friend LaShawn Daniels.

“Daniels was the victim of a fatal car accident in South Carolina.

“A Grammy Award-winning producer and songwriter, Daniels was a man of extraordinary faith and a pillar in our family.

“We would like to express our sincere appreciation for the continuous outpouring of love and sympathy.”

He was best-known for his collaborations with the music producer Darkchild, with songwriting credits on a litany of pop and R&B classics.

The songs include Brandy and Monica’s “The Boy Is Mine”, “Lose My Breath” by Destiny’s Child, “Telephone” by Lady Gaga and Beyoncé, “If You Had My Love” by Jennifer Lopez, and “It’s Not Right But It’s Okay” by Whitney Houston.

In 2001 Grammy, Daniels won the best R&B song as one of the writers on the hit single “Say My Name” by Destiny’s Child.

Some American celebrities have taken to different social media platforms to pay tribute to LaShawn.

He left behind his wife April and their three sons, Omarr, Tahshon, & Jett.