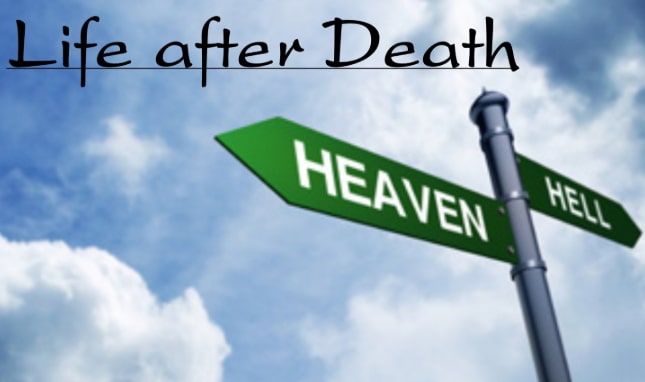 In LUKE 16:19 says: “There was a certain rich man which was clothed in purple and fine linen and fared sumptuously every day.” In verses 22-23, Jesus says the rich man died and was buried. And in hell, the rich man lifted up his eyes, being in torments.

While in torments of hell, he remembered his five brothers and prayed that Abraham, who was in Paradise with Lazarus, should send Lazarus to his father’s house that he might witness to them so that they also would not come into hell. Abraham made the rich man to know that, it was an impossible thing to do.

In Luke 16:26: Abraham told the rich man, who found himself in hell that between Paradise and hell, there is a great gulf fixed, hence the souls of those in hell cannot cross over into Paradise and vice versa.

This word of truth, spoken by Abraham, is also a contradiction of Purgatory, which is the doctrine of Satan. Hebrews 9:27 states it was appointed unto the rich man once to die and after this the judgment of hell.

And it was also appointed unto poor Lazarus, once to die and after death he was carried by the angels of God into Abraham’s bosom. The soul of Lazarus is already in perfect peace in heaven, while the soul of the rich man is troubled because of the torment of hell.

The prayer of any clergyman will never change the destination of the soul of man after death. Neither can it make any soul, cross over from hell to heaven, or vice-versa. Hell was originally prepared for the devil and his fallen angels as written in Matthew 25:41.

The souls of these workers of iniquity, even if they are men of God, will not rest in perfect peace after death because they have been resisting the Holy Ghost by not obeying the doctrines of Christ, especially the doctrine of separation.

Jesus said in Luke 6:46 “AND WHY CALL ME, LORD, LORD, AND DO NOT THE THINGS WHICH I SAY?” And the most important thing amongst all other things that Jesus is saying to the people of God is that they should NOT love the world and the things that are in the world because He has chosen them out of the world as 1 JOHN 2:15-16 and JOHN 17:16 state.

Death comes like a thief in the night. Therefore repent NOW, before it is too late.

You Need A Good Measure Of Madness For Your Dreams To Come True
Is It End Of Time In Nigeria, Are Witnessing Some Apocalyptic Endgame