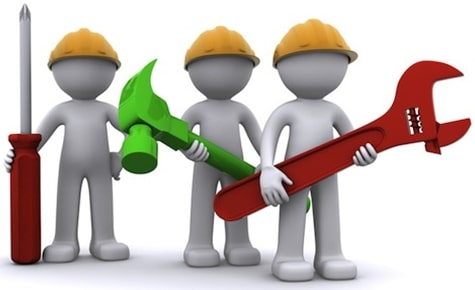 Your Life Gets Better By Meeting People’s Need, Not By Acquiring More Degrees!

Hear this loud and clear: As a graduate, if the next degree you are going for has nothing to do with equipping you more to solve problems, then you are wasting your future and potential! If you are not humble with your degrees, you will stumble financially. Sometimes, it takes humility to see opportunities. We must be humble enough to see opportunities even in areas where we feel are far below our status. Many times, our obsession with degrees is the major setback to living a productive and fulfilling life. Obsession with degrees will always make you lose critical opportunities in life because when the poor are accumulating degrees, the rich are seizing opportunities!

Some graduates are so proud that they see some legitimate ways of earning money as being below their status level. Many graduates are so proud to look beyond white collar jobs to see how they can solve problems in their communities. There is a young graduate in my area who bought a small space to fry yam, bean cake and plantain with stew. He saw a need for that kind of delicacy in our area and many rich and poor people go there every night to buy this special delicacy. The young graduate’s business has grown so much that he now employs three other graduates to help him with the business.

Gone are those days where graduates get white collar jobs to earn respect. Real respect comes from meeting people’s need and solving problems. Many graduates are going back to school to get more degrees in order to earn more respect, instead of looking around to see problems they can solve. More degrees can actually raise your pay and salary, but it will never make you wealthy!

The greatest scam in life is to believe that your life will get better with more degrees. Your life gets better when you make other people’s life better by helping them solve problems. It amazes me when people claim that there is no job in a country of about 200 million people with problems.

Wealth is simply your response to solving problems around you. When you meet people’s need, your own financial needs will be met. Most people look disdainfully at vocational skills because they feel it is below their status. Hear this: Any avenue to solve other people’s problem and add value can never be below your status. Many graduates are so proud to learn some soft and vocational skills that will help them solve problems in their communities. Services like painting, fashion designing, carpentry, shoe-making, plumbing, can be turned into a goldmine with a lot of creativity.

Life is not about what you study in school, it is about the needs that are needed to be met in your community. The Tesla and SpaceX boss, Elon Musk once said, “Your skills matter more than your degree.” Musk explained that though credentials can be a nice signal of someone’s abilities, they are absolutely not a prerequisite for achieving incredible things. People achieve incredible things when they have a keen eye towards solving people’s problem and meeting their needs. Education is about meeting needs and not about flaunting your degrees. It takes deep humility to see the needs in your community and be flexible enough to meet it.

Sometimes, wealth can come from the most unlikely of places.  I will like to share a story about the late Isaac Durojaiye Agbetusin. It is a story of waste to wealth! He is the man that popularized the slogan, ‘Shit business is serious business’. Many people miss out on wealth because they perceive certain opportunities to be far below their educational status. In the case of Isaac Durojaiye Agbetusin aka Otunba Ghadafi, the opportunity that opened up before him had a messy outlook. What can actually be messier than shit itself! Otunba Ghadafi made his millions in his life-time as the founder of Dignified Mobile Toilet (DMT), with over 19 branches in Nigeria, and 7 in West- Africa sub-region.

He had his tertiary education in Accra Polytechnic in Ghana and later went to the Eastern College of Technology, United Kingdom. In the UK, he took up a job as a security personnel and was able to gain ample experience on issues bordering corporate and personal security. He came back to Nigeria and struggled through many things until the late Chief MKO Abiola employed him as his Chief Security Officer (CSO). Though being around the richest man in Nigeria that time did not make the job lucrative, but he really gleaned some financial and entrepreneurship skills from the late business mogul.

Ghadafi once said, “In terms of financial gain, I would say I did not make much but I learnt some virtues in him that has made me so thick”. Otunba Ghadafi’s breakthrough actually came in 1991, while planning the wedding ceremony of his boss’ son, Kola. Having been charged with handling security, he discovered that only two toilets were available for the anticipated 10,000 guests. So with his ingenuity, he constructed 18 toilets in 3 containers, six toilets in each container.

Many appreciated his ingenuity but not what they taught he could build a fortune around. So after the 1993 presidential election of which his boss won but later cancelled, things became so difficult for him with the incarceration of his boss, and his employment was cut-short.

In 1996, he fell back on his idea and designed the first DMT, but for the next four years nobody ordered for them whether to buy or to even rent, and things became more difficult for him financially. Nevertheless, he believed strongly in the solution he is providing and held on tenaciously to his idea. He did not allow his certificate from UK to get into his head but held on tightly to the solution he has provided hoping that people’s eye will ultimately open up to his idea.

Eventually, his mobile toilet business started getting national attention and DMT went over to construct over 3000 mobile toilets and became the official toilet in some states in the country. An idea that came out of necessity later became what many people started demanding to pay for! His rise from obscurity to becoming a star entrepreneur in the country took a turn that has relatively nothing to do with his degrees but his ability to proffer solution to indiscriminate waste disposal.

Though shit is not what anybody wants to tamper with anyhow, but Otunba Ghadafi found his own wealth hidden in waste even at a time when some members of his family thought it was a demeaning venture for someone of his academic background and international exposure. He was actually working on a project of turning waste to energy when the cold hands of death snatched him away at the age of 47! He wanted to turn waste to electricity to solve the yearning problem of electricity demand in the country.

Your pride is your stumbling block on your way to wealth creation. Stop allowing your pride to get in the way of your wealth. Go out there and solve problems that are seemingly below your status. Never allow your pride to get in your way of making a difference wherever you are. What problem will you solve if there were no societal stigma on it? Pursue the solution to that problem and stick with it. Instead of looking at another degree to study, why can’t you look for a problem around you to solve? Your degree can add to your status, but it is only your ability to solve problems that will make you wealthy!

QUOTE OF THE WEEK: “The greatest scam in life is to believe that your life will get better with more degrees. Your life gets better when you make other people’s life better by meeting their needs”-Gbenga Adebambo