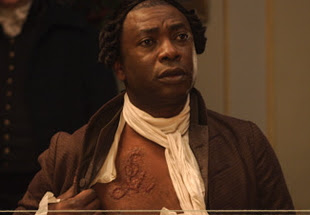 Touching story of Olaudah Equiano, the Igbo slave man, who played a leading role in the abolition of slave trade after becoming free 270 years ago, dominated searches on Google this week.

“Equiano’s autobiography: ‘The Interesting Narrative of the Life of Olaudah Equiano’, played a crucial role in alerting the 18th-century slave traders to end the suffering endured by slaves.

“Google celebrated Equiano’s achievement with a Google Doodle, which made Nigerian users to race to Google to read more about the history behind the Doodle.”

The spokesman said that in the world of sports, the newly transferred English player, Jadon Sancho, was reported to have displayed some impressive moves that helped secure a win for his club.

Kola-Ogunlade recalled that the march ended 2-0 between Borussia Dortmund and Apoel Nicosia at the ongoing UEFA Youth League in India on Oct. 17.

He said that Sancho, who was a former Manchester City youth player, had been recalled by Dortmund from England’s ongoing Under-17.

“Excited fans raced to Google to search for more details about the ongoing UEFA Youth League matches,’’ the spokesman said.

The manager said further that the British actress and Game of Thrones, star Sophie Turner, was reported to be engaged to singer Joe Jonas.

He said that the couple announced their engagement on October 15 via Instagram by posting the picture of Sophie’s engagement.

“Excited fans raced to Google search for photos of the ring and read more about the couple.

He said the loss put the club nine points behind Manchester City in the ongoing Premier League.

According to him, displeased fans raced to Google to search for more information about the match.

Google Trends launched in May 2006, allows one to see how popular, search terms and its demography have been over time on Google.