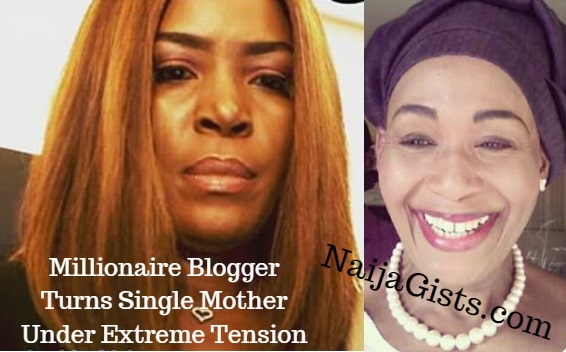 Was Linda Ikeji ‘Bullied’ Into Revealing the Identity of Her Baby Daddy?

Wednesday, 19th September, 2018: Linda Ikeji’s 38th birthday, which came barely two days after she put to bed, was overshadowed by the news of “one of the most anticipated revelations in the country; the identity of her baby daddy. This was revealed by Linda herself. However, the question is, was she intimidated into taking this action or it was just an act of self will?.

Intimidation or Self Will?

Earlier on Monday, 17th September, shortly after she put to bed, she revealed the name of her newborn baby as baby J. Many couldn’t place there finger on the inspiration behind the name. In fact, some Nigerians were of the opinion that, the baby daddy in question was Don Jazzy. This was inferred from the baby’s name; baby J to mean ‘Baby Jazzy’. However, it was not be, as Linda finally revealed the baby daddy, in person of Sholaye Jeremi. Hence, Baby J actually means Baby Jeremi.

Linda’s decision to finally reveal his man’s identity, leans towards the magnitude of cyber ‘bullying’, as well as the extreme degree of unsolicited ethical judgement she’s been subjected to by all and sundry across the country, with the exception of a few close relatives and associates.

Ever since she announced her pregnancy, back in May, she’s been the prime subject of many trending topics, especially across the media atmosphere of the Nigerian cyber space. Questions have been ask unanswered, issues raised unattended and judgements passed unwarranted. One particular player in this game, who stands out, is Madam Kemi Olunloyo.

Kemi Olunloyo, a self acclaimed Journalist has been a major ‘thorn in the flesh’ of Linda Ikeji, ever since the revelation of her pregnancy four months ago.

She has always been a critic of the successful blogger, professionally and otherwise. Back in May, when Linda first revealed her pregnancy, Kemi Olunloyo was among the first set of people to rear their ugly faces. She claimed Linda’s not pregnant but was only seeking attention. This generated a lot of negative reviews, leading to many questioning the authenticity of her pregnancy.

Linda was no doubt hit by this; shortly after, she was forced to display her bare ‘baby bump’ for the whole world to see. Most of the critics were contented with this. However, Madam Kemi would have none of it. She claimed Linda’s only using ‘prosthetics’ to deceive ‘gullible’ Nigerians. This time, her insinuation was not given enough attention.

Fast forward four months later to September, on Monday 17th, Linda announced the arrival of her baby boy; Baby J (Baby Jeremi). We all congratulated her and wish her baby well. However, Madam Kemi would have none of it, she ‘strucked a deep blow right in belly of Linda’. She accused the new mother of paying a surrogate mother to deliver the baby on her behalf.

This must have hit Linda where it hurts most. Hence, she decided it is time to put an end to all the controversies, bullying and judgements. She released the video recording documenting her labour and the birth of her baby. And finally, she revealed the identity of her baby daddy, in the person of Sholaye Jeremi. This signalled an end to 4-month old mystery.

From an ethical stand point, Kemi Olunloyo actions (I call it method) were grossly inappropriate. However, from a professional point of view, it was highly effective, as her actions were arguably the prime factors, which pushed Linda to finally make the revelation. I give kudos to Madam Kemi, as a Journalist. However, as a mother and a fellow woman as Linda, shame on her.

There’s no telling if this will be the end of her actions concerning the issue. However, she has, no doubt, earned her laurel as the ‘corrosive catalyst’ in the revelation of Linda’ baby daddy, in person of Sholaye Jeremi.

Let us take a quick peek into the profile of this famous  baby daddy.

He is a native of Delta State, who resides in Ikoyi Lagos. He is a close associate of very wealthy, prominent Nigerians like Femi Otedola, Aliko Dangote, Ibe Kachukwu, Ayiri Emami and many more. He is in his 40s and already has a kid (with a different woman) who resides outside the country.

Rumours have it that, she met Linda when he moved to Ikoyi and the rest they say, is history.

We don’t know exactly what prompted Linda’s revelation of her baby daddy, especially after keeping everyone in the dark for over 4 months. However, given the antecedents, the depth andmagnitude of cyber bullying, threats, abuses, as well as unwarranted judgments she’s been subjected to from several quarters, must have been the prime factors (if not the only factors), which informed her decision. Hence, the revelation.

Eniola Badmus: Remi Tinubu Is My Mentor & Godmother
Unemployed Graduate Kills Self Out Of Frustration In Family House In Jos