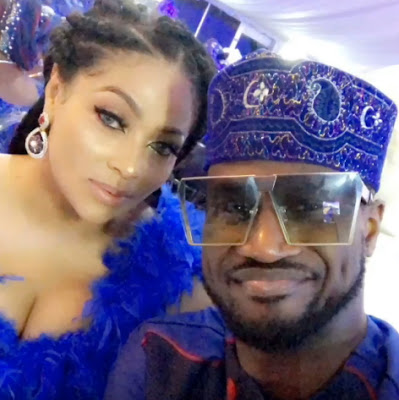 Nigerians who are fans of Peter Okoye are yet to forgive his wife, Lola Omotayo who was caught smoking passionately at  a party with her husband over the weekend.

Lola, the mother of Peter’s two children was cooling off as she puffed her cigarette while her husband smiles graciously.

Meanwhile, most fans of Lola who are unaware that she is a chronic smoker have been bashing her since the video surfaced yesterday.

Comments on the trending video suggested that her serial smoking habit is what gave her a bad reputation with her in laws which caused PSquare group to split up.

Many even came after Peter for being so cool with such act that is considered unAfrican.

Here are some comments from disappointed fans of Peter Okoye 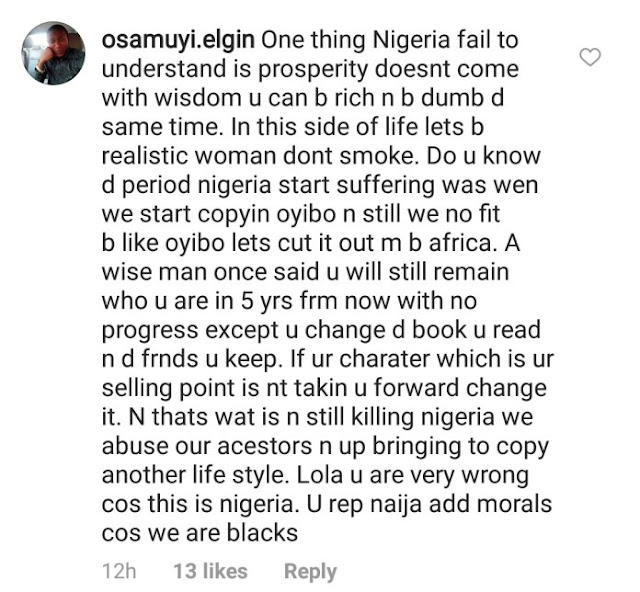 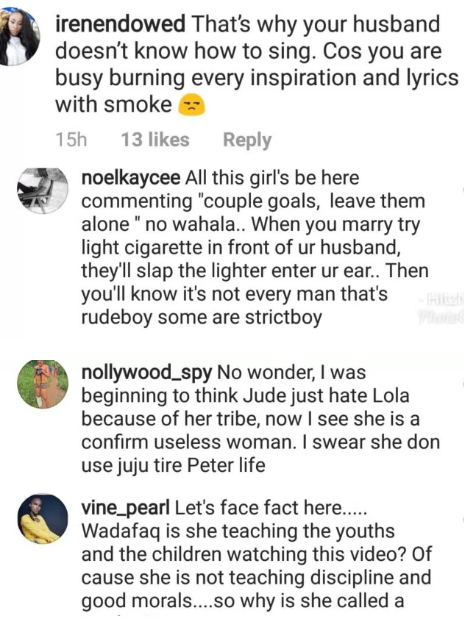 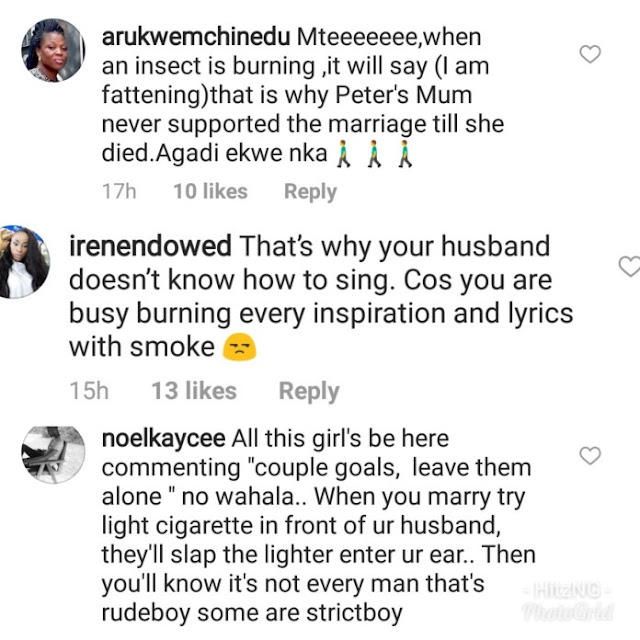 Whatever the case is, it seems Peter is perfectly ok with Lola’s smoking habit.

This brings to mind the popular Naija radio jingles about Tobacco.

“Smoking is injurious to your health and that of others”.

Photos: Davido New Bodyguard Umarudeen Kayode Former US Soldier Who Served In Afghanistan
Newly Opened Sex Doll Brothel In Germany Says Men Are Being Dropped Off By Their Wives