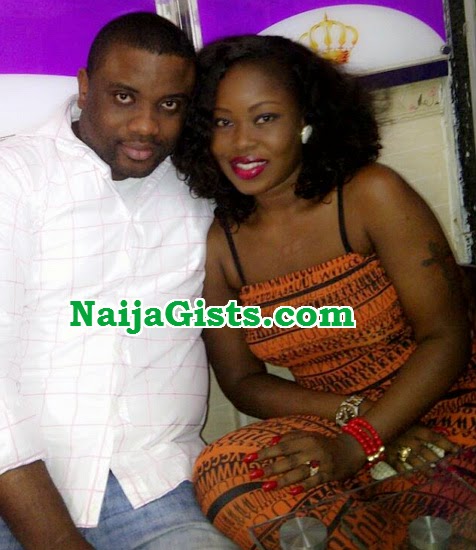 According to family sources, the actress who suddenly stopped wearing her wedding rings has walked out of her matrimonial home after a bitter fight with a lady her husband once dated in London.

Sources disclosed that Gboyega has been restless since the actress abruptly cut off all communications with him. 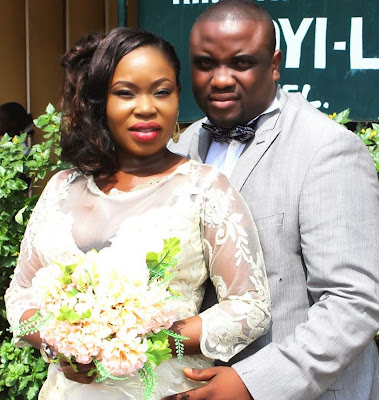 The London big boy was said to have been making frantic effort to restore his marriage but the lady seems too determined to call it quit.

The couple who married legally at the Ikoyi Federal Marriage registry on the 27th of November 2014 are blessed with a handsome baby boy. 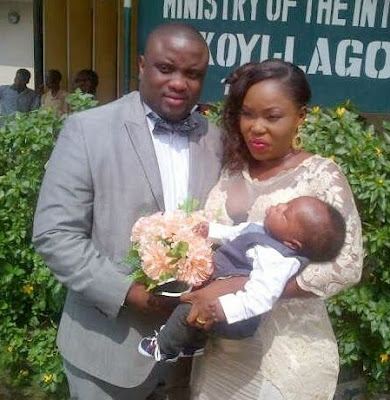 Hope they will resolve their differences for the sake of this innocent baby.