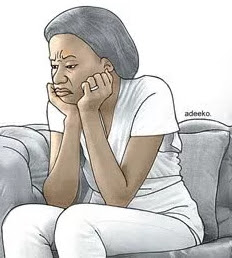 An Agodi Ibadan customary court has dissolved an eight-year-old marriage on the grounds of abandonment and depression.

The President of the court, Chief Mukaila Balogun, said the testimony of the plaintiff coupled with the refusal of the defendant to appear before the court had shown that the husband, Abel Ajayi, did not have interest in reconciling with his wife, Kemi.

“I hereby dissolve the marriage,” he ruled, and directed the court’s registrar to send a copy of the judgment to the defendant and warned the both parties to maintain peace.

He ordered the defendant to pay N3, 500 monthly allowance for the upkeep of the only child of the union.

Kemi had told the court:

“I am tired of living a lonely life, my husband has abandoned me and has failed in his duties to take care of her.

“I beg the court to dissolve the eight-year–old marriage with my husband, Abel Ajayi.”

NAN reports that Kemi, a hair dresser, had approached the court for the dissolution of the marriage blessed with a child on the grounds of abandonment and lack of care.

She said she married Ajayi in 2009, but moved out of her matrimonial home in 2011 after she gave birth to her child.

“I left his house when he refused to take care of me and the only child of the marriage, my intention was to stay with my relatives pending when he would come back to apologise.

“But he did not show up since I left six years ago because he has another woman, who has five children in his life; so, I have decided to call it quits as I can no longer endure the loneliness.

“I am still young to stay without a man, so the court should end the union and order him to be responsible for the welfare of the only child I have for him,” she said.

NAN also reports that Ajayi failed to show up in court in spite of the three summonses served on him.