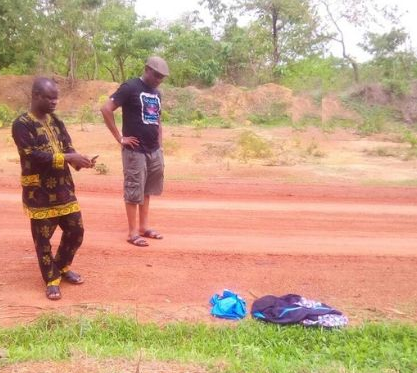 A Nollywood actor and Special Assistant to the Chairman of Ebonyi State Universal Basic Education Board, UBEB, Mr. McDonald Oti yesterday narrated the ugly episodes he went through in the hands of kidnappers who made him to undress in front of a forest in Ezza North local government area of the state around 11 pm before he eventually escaped.

Narrating his ordeal, Oti who stated that he was kidnapped at his Abakaliki residence (names withheld) by three stern-looking young men and taken to Ohatekwe forest in Ezza North local government area of the State blamed the smooth operation of his assailants on the absence of police checkpoints along the routes the kidnappers drove through on the fateful day.

According to him, they put me inside the booth of my car and drove through Abakaliki metropolis without any policeman stopping them while a gun was pointed to my head as a Sienna car also followed us from behind.

He explained that what made him quickly run into the forest was when a strong argument ensued among his assailants as to whether he should be shot or not adding that while running through the forest, he sustained lots of injuries as the assailants couldn’t pursue him through the dark forest.

“After they waited for over 30 minutes, they quickly drove off heading towards Ezza North. I came out from the forest completely nude and traumatized. I approached a woman for assistance but she immediately took to her heels. I met another man and he took off. While I looked for safety and covering, I saw a burial flex banner and tied it round my waist.

“I crossed the expressway and got to PDP secretariat; after explaining myself and giving out my identify, I was given a boxer to wear and I really don’t know when that boxer was worn last. It was when I got to the police station that succour came to me”

“What actually helped the situation was that my wife was not kidnapped alongside myself. So she was able to raise alarm, inform the police and my associates. The police was instrumental to the recovery of my Jeep and they have been working round the clock to see to the capture of the suspects.

We learnt that the incident happened a fortnight ago during the Ebonyi State local government election in the State.

Meanwhile, the State Police Public Relations Officer, DSP Jude Madu stated that his office was yet to be communicated on the incident.