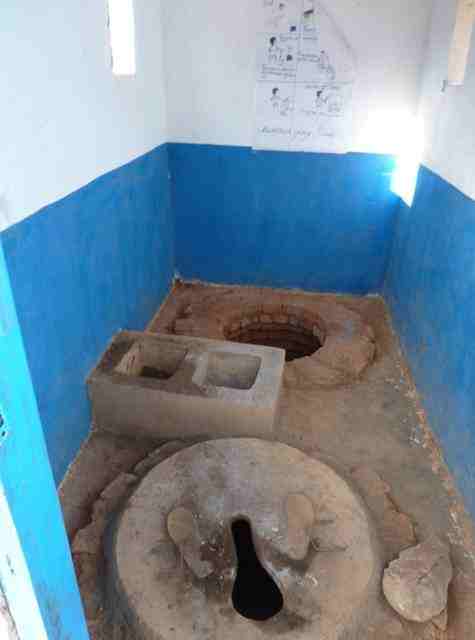 A day-old baby boy, who was thrown into a pit latrine by his mother immediately after birth, has been rescued by policemen from the Ogbor Hill Division in Aba, Abia State.

It was gathered that the mother of the baby, identified as Nwaizu and who is suspected to be insane, was impregnated by a yet to be identified man.

The woman, who hails from Obingwa Local Government Area of the state was said to have sometime last week, given birth to the boy in her village and before help could come to her, she threw the baby into their pit latrine and covered it.

Village source, who suspected the anger of their deity, said shortly after the act, the young mother became paralyzed within the toilet vicinity and could not walk out from the area.

The elders of the community were later alerted to the ugly incident and they invited a native doctor, who after some incantations, helped the woman to get up and walk again.

Acting on information, a team of policemen from the Ogbor Hill Division led by the Divisional Police Officer (DPO), Mrs. Helen Nze, stormed the community and demanded that the said pit latrine be opened for the baby to be rescued if he was still alive.

It was gathered that the villagers were initially hostile and wanted to fight the police team but were later over powered.

He was eventually brought out by the policemen, who cleaned and took him to a private hospital where he is responding to treatment.

Abia State Police Public Relations Officer (PPRO), Geoffrey Ogbonna, could not be reached for comments but a senior police officer, who preferred anonymity, confirmed the incident and said the police were taking care of the baby while investigation continued.