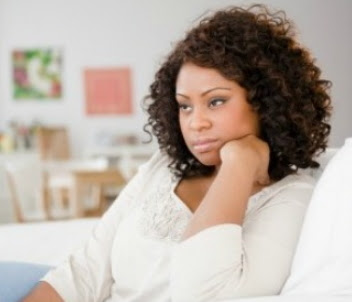 Feb 27, 2018 – How Can I Make My Boyfriend Commit To Marriage, I Love Him Too Much To Let Him Go – Desperate Lady Cries Out

I need some serious advice on how to make a man fall in love with me.
I am in a relationship with a guy and we have been together for only six months.

When we met, we agreed that it was a fling, he categorically told me he wasn’t interested in a serious relationship but only a casual dating and stuff. I agreed and we have been together since then.

He is nice when we are together, he takes me out, sometimes gives me money, he has a huge house and two big cars… Initially, I stuck by the rules, reminding myself daily that it was a casual thing.

I however told him to let me know when we both need to move on, he said we wouldn’t need to spell it out like kids.

The truth is I don’t want the relationship to end. I want us to be the real deal, I think I have fallen in love with him.

My friend thinks it’s because of his material wealth, but I know I love him. Recently I even slipped after a phone conversation and told him I loved him… He pretended not to hear and even though it was a slip, I felt bad when he let it slide without acknowledging.

Now, I notice he has changed, firstly he stopped calling me about ten times a day, now he doesn’t even call for days… I am afraid the relationship is already going to an end and I am scared. I love him…

Is it OK if I tell him how I feel. I don’t know if he has a serious relationship with another lady but I really do want to be his ‘serious’

Ladies, would you make a move and tell him?
Guys how would you take it if a lady told you she is in love with you…?

Please help a lady in distress!