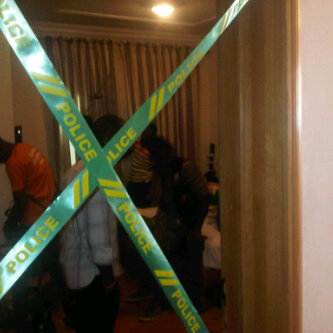 The victim, a married mother of five reportedly died during sex romp with one of her customers at an undisclosed hotel on Randle Road in Apapa Lagos on Friday.

The deceased who hailed from Benue State was married to an Igbo man.

According to a police source, the hotel staff waited for the lovers to check out of the room but after their time expired, they knocked on the door.

After repeated knocking with no answer, they forced the door open only to discover the lifeless body of Mama Joy with no visible injury.

A manhunt has been launched for Mama Joy’s alleged killer.