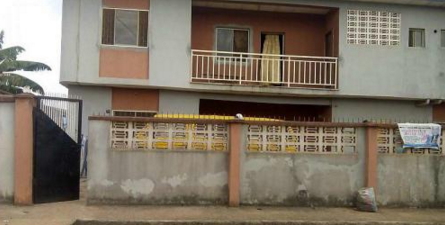 Police in Lagos have arrested a young man identified as Akeem Fuwad over the murder of his neighbour, Ganiyu Akinyemi.

The incident happened on Monday around 6pm in Aboru area of Iyana Ipaja Lagos where the deceased and the suspect reside.

Fuwad allegedly accused the late Akinyemi of stealing his cloth and in the process hit him with an iron on his head. He collapsed and became unconscious and was taken to a hospital in the area which rejected him because of the seriousness of the injury he sustained.

The deceased died at Oke Ode General Hospital in the wee hours of Tuesday.

The death has thrown his neighbours into confusion as some have gone into hiding, while some hurriedly left the area over possible arrest by the police.