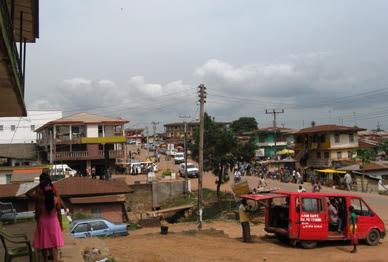 A man identified as David Orji, has allegedly beaten his younger brother, Onu, to death for being disobedient to their mother.

According to a source who is a relative of the family, their mother, Mary, had sent the deceased on errand but he refused.

The source who pleaded anonymity, said the mother reported Onu to his 23-year-old elder brother David who then beat him up and inflicted him with bodily harm in the process which led to his untimely death.

“His brother now started beating Onu and kicked him to the ground. Eventually, the boy remained on the ground. He was rushed to the hospital. The first hospital declined to handle him. They then rushed to another hospital in where he was admitted.

“The following day being Saturday, the boy died. The family reported the matter to the police station but the police directed them to deposit him in the morgue.

“Strangely again, the mortuary department of the General Hospital in Owutu Edda rejected the corpse, saying that they don’t have chemicals for preserving corpse. They then took him home for burial but the police refused. They later took the body to another mortuary,” added the source.