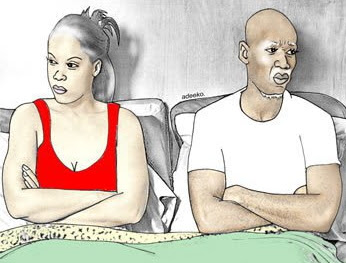 Esther Adaramola, a mother of three  today consented to her husband’s divorce application.

Mrs Adaramola told the court she could no longer withstand her hubby’s rough lovemaking style and constant demand for sex.

She accused her husband, Michael Adaramola of being in the habit of using different sex enhancement drugs during intercourse. 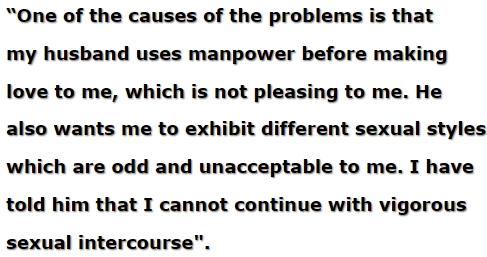 Michael in his application said he is done with his 9-year-old marriage because his wife is stubborn and promiscuous.

Responding  to her husband’s allegation of indecent dressing, Esther said Michael only wants her to wear Iro and Buba (native attire) which were not her taste.

She added that her hubby is fond of transferring his anger to their 3 kids whenever they had minor disagreement.

The court reserved judgement till the 23rd of August.

The President, Mr Omotola Ayodele urged the couple to maintain peace before the adjourned date.