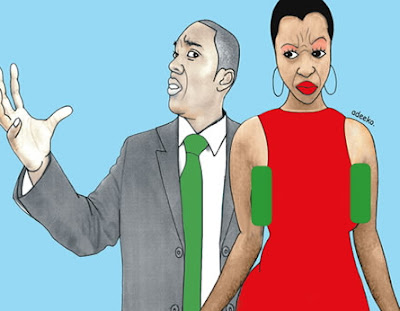 Nov 28, 2017 – Man Divorces Wife For Cursing Out Neigbhours, Says She Is Stubborn & Troublesome

A Customary Court at Agodi in Ibadan on Tuesday dissolved a 10-year-old marriage between John Bamidele and his wife, Yinka, over her disrespectful manners.

Bamidele had sought for the dissolution of the marriage on the ground that Yinka neither respected him nor obeyed his instructions as a husband.

In his testimony before the court, the plaintiff said that all efforts made to correct her wrongdoings always proved abortive.
“Therefore, I can no longer live with her so as to avoid her disrespectful way of life.

“Moreover, she is very stubborn, troublesome and in the habit of cursing neighbours whenever they have any little misunderstanding,‘’ he said.

Yinka, in her defence, blamed her husband for disrespecting him, saying that the plaintiff had never proved to be a responsible husband.

According to her, payment of school fees, clothing, feeding and other finances of the three children of the marriage were her sole responsibility.

She urged the court to do the wish of her husband by dissolving the marriage.

The President of the court, Chief Mukaila Balogun, upheld the prayer of the plaintiff and dissolved the marriage.

Balogun gave custody of the first child of the marriage to the plaintiff and ordered that the remaining two kids should remain with the defendant.

He also directed the plaintiff to pay N7,000 as monthly feeding allowance for the two kids.