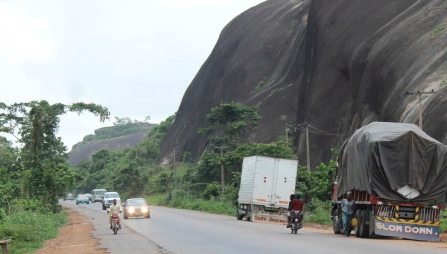 August 12, 2017 – Man Slices His Own Penis With Razor Blade In Akure Ondo State, Says Monster Instructs Him To Donate His Testicles

A young man identified as Oluwole Aiyeloja is currently recovering at the hospital hours after he allegedly cut off his own manhood using a razor blade at Obanla area of Akure, Ondo state.

According to eyewitnesses, the man dressed in suit was said to have suddenly removed his pant, cut off his own penis and while attempting to slice his scrotum, Good Samaritans rushed at him and seized the razor blade before alerting the police.

Here is what a recharge card seller who witnessed the bizarre incident said: 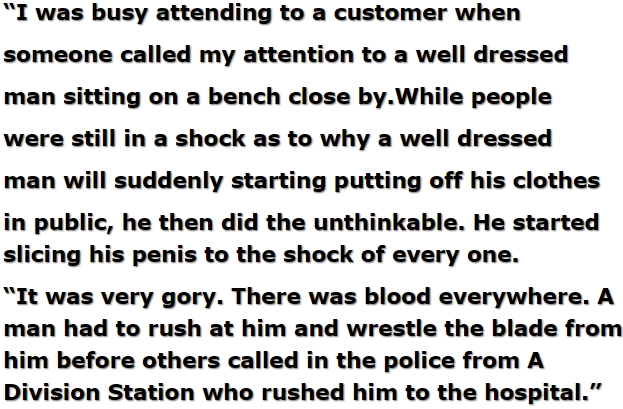 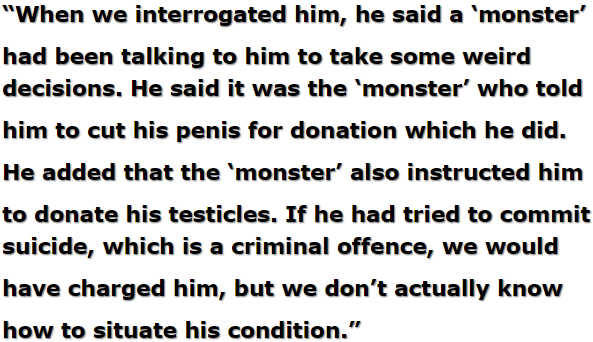 Joseph who commended the Good Samaritans who rescued Aiyeloja urged Nigerians to always be there for each other.