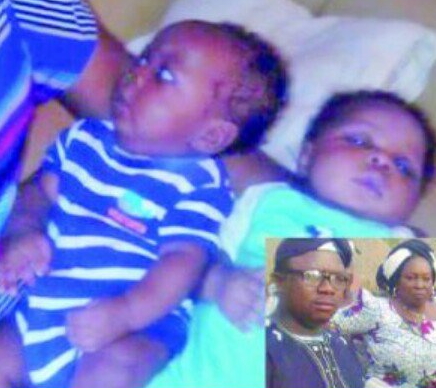 In April, a lecturer at Nasarawa State Poly, Shedrack Audu and his 41-year-old wife, Mercy Audu lost their twins in a ghastly accident that happened on their way to visit a family friend, Fidelis Mbaka.

Three months later, Shedrack who left his wife, Mercy in the care of his brother in Kano has secretly married a new wife. 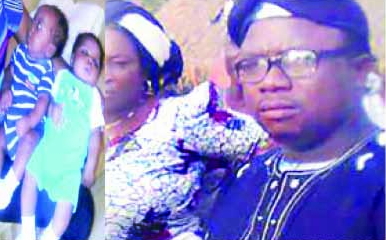 On Tuesday, August 1, the mission to unravel Shedrack’s long absence from home and his aloofness to offer help after the calamity that befell his family came to an end, when Saturday Sun eventually met him at Imon village, headquarters of the Tiv in Obi Local Government Area of the state, where he and his new wife were being hosted to a low-keyed party in a friend’s home. The following conversation ensued:

Congratulations sir on your traditional wedding. Why did you decide to take another wife barely three months after the death of your twin babies?

Yes, I have been married for about 17 to 18 years now without a child and was really worried, my friends were worried, my family members were worried; it was really worrisome before God answered our prayers last year but the whole thing ended on a sad note. My wife is no longer young as she is almost getting to her menopause; so, I’m afraid because I don’t want to take a risk, so I decided to take another wife.

What is the fate of your first wife, because she is still in Kano, unaware of this development back home?

Yes, she is still in Kano with my younger brother; I didn’t want her to know because that could cause her some psychological problem but my brother is fully aware of what is happening and I’m hoping that by September or October when I’m expecting her back home, I will look for a good time to tell her that a girl is pregnant for me and we will start from there, before I finally reveal it to her. If I break the news to her directly, she may collapse; it is not her fault, I love her as a wife, but my hands are tied. One thing I will want her to understand is that a lot of Christians marry more than one wife though it is against Biblical injunctions. People do unlike in my case which is special. I believe God will understand me; I also believe that I will convince my wife to stay, and would not want third party interference. It was the two of us who met and decided to get married, and only the two of us will resolve our differences no matter the level of provocation.

What if she doesn’t accept?

She has no choice but if she is not comfortable with the development, she can go to her father’s house because I’m already an old man; I don’t want to die without a child. It is painful but I have to take this bold step before it is too late, that is why I kept my new marriage low-keyed; many people even in my place are not aware that I have taken a new wife.

How did you meet your new wife within a short period?

Sometime in 2015 when I did not understand what was happening to my efforts at childbearing, a friend linked me up with her, though she is not properly schooled because she completed just her secondary education. I was actually going out with her but when my wife eventually conceived, I relaxed the relationship until the ugly incident of April 17, 2017 took place. Look, the chances of my wife getting pregnant again are not there and I have to do something quickly. So I immediately revived the relationship with my new wife and the bride price was paid; everything expected of me for a proper marriage has been done.

So what happens to sympathetic members of the public who had been calling us to render help or intervene possibly, on how your first wife could have a baby?

Forget about that. When you published the first story on the calamity that befell us, I knew it will get to this point; people who knew me in Jos and read it called me, in fact, some of my friends in Lagos, Port Harcourt and Enugu called to sympathise with me and with the wide publicity the matter generated, I knew some good Nigerians will make efforts to reach me. That is why I changed my contact and my base, because I was not prepared for any process that will prolong the matter and later end in vain.

You have been looking for me and I know; my neighbours told me you kept visiting my house in Lafia. They directed you to Yelwata where you came severally but I was not ready to see or talk to you because I had made up my mind to take another wife. It is not my fault, neither is it the fault of my first wife; I can’t drive her away except if she wants to go on account of my taking a second wife, then she can go.

Already, as I speak with you, my new wife has missed her menstrual period and we are praying seriously and hoping that it should be pregnancy. Any moment from now, we will be returning to Lafia where we intend to go for pregnancy test; I’m looking for an apartment to rent and as soon as that is done, she will relocate to Lafia.