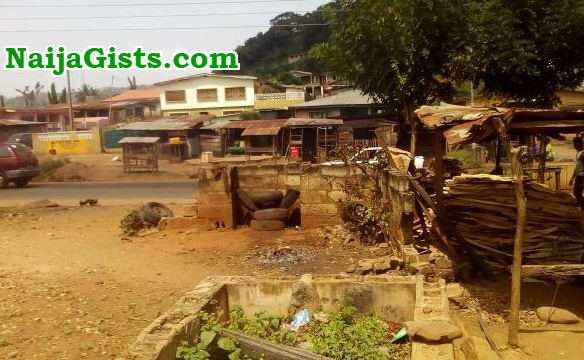 May 10, 2017 – Man Who Killed Father Over Inheritance In Ado Ekiti Sentenced To Death By Hanging 10 Years After

A 47-year-old man Blessing Olumakinde has been sentenced to death by an Ekiti State High Court in Ado-Ekiti for killing his father, Benson Egunlae, over inheritance.

The Chief Judge, Justice Ayodeji Daramola, who gave the judgment, held that evidence showed the accused was guilty.

He said the prosecution proved its case beyond doubt; hence the accused should be hanged.

The deceased had six wives and 18 children, who quarrelled over sharing of his land.
Dissatisfied with his share, Blessing reportedly killed his father with a cutlass and an axe at Odo village, via Ado-Ekiti, on March 21, 2007 and ran away.

His siblings were shocked to meet their father in a pool of blood. Egunlae was taken to hospital, where he was confirmed dead.

After committing the murder, the accused ran away for six months before surrendering to the police, after which he was arraigned on a one-count charge.

The case, which started in 2009, suffered delays and adjournments, before it was taken over by the chief judge.

The prosecution called two witnesses, including a pathologist from the state Specialist Hospital, who conducted a post-mortem.

Exhibits, including the axe and cutlass were tendered and admitted.
The accused, in his confessional statement to the police, admitted killing his father in a hut on a farm.

The accused did not call any witness. He was first arraigned on November 2, 2009.