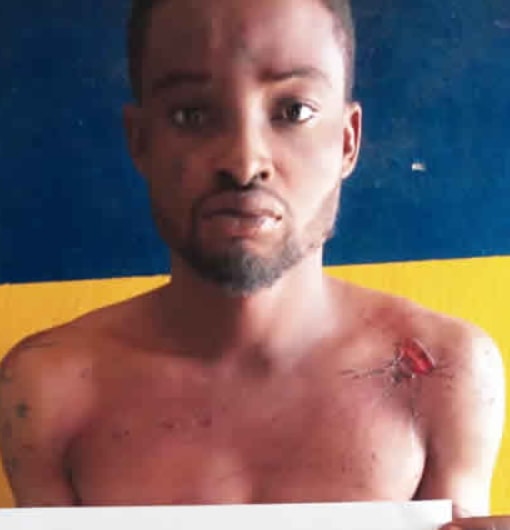 Police in Ogun state have arrested a man for allegedly killing his friend at a burial ceremony.

The suspect 32-year-old Oliseh Julius was accused of stabbing 23-year-old Shittu Isikilu to death at a burial which held in Mowe area of the state.

The sad incident reportedly happened on Sunday the 5th of August 2018 around 2pm at Ogunru village in Mowe  following an argument that turned violent.

The suspect reportedly broke a bottle and stabbed Shittu to death.

He was trying to escape arrest when police from Mowe Division stormed the place on the order of the elder brother of the deceased, Mr Akeem Shittu.

The suspect has been transferred to the Homicide Section of the State Criminal Investigation and Intelligence Department, Abeokuta, for further investigation.

Dangote Truck Driver Flees After Killing 13 In Nasarawa
Someone Told Me Kidnapping Is Lucrative, I Tried It And Found Myself In Police Net – Mechanic Turned Kidnapper