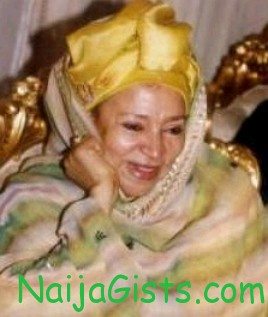 Mr. Idris told journalists that the determination of the Police to ensure the arrest and prosecution of those involved in the theft, led to the arrest of the buyer of the Jewellery who is now divulging useful information to the police.

Idris also exhibited the corpses of four robbery suspects, who he claimed died of bullet wounds after gun battle with policemen in different operations within Kano metropolis.

He said one of the suspected bandits killed was Mani Custom, for long on the wanted lists of almost all the Police Commands in the northern states.

Idris said that on 30 September, the Special Anti Robbery Squad, SARS, attached to the Command arrested Custom and his colleague known as Umar SNU, who later led the police to their hideout where weapons were recovered.

Mr. Idris, however, revealed that preliminary investigation by the Police indicated that the said Rifle was snatched from an SSS agent, sometime ago.

“All I know is that one of the Rifles recovered from the criminals was traced to the SSS; and we have contacted the SSS and they confirmed that the said Rifle was snatched from an officer. We are making arrangements to hand over the Rifle to the SSS Director,” Idris added.

Umar SNU who led the Police to the recoveries later died of bullet wounds.

During a combined operation by a police team and a private vigilante group led by Alhaji Ali Kwara, a robbery syndicate moving on a Toyota Corolla was intercepted along Zaria Road, one of the robbers was gunned down while three escaped after expending their bullets.

The anti-robbery squad recovered AK 47 Rifle and 20 Rounds of live ammunition, two locally made revolver pistols, five Cartridges and one AK 47 Rifle Magazine from the abandoned Toyota Corolla used by the robbers.

The Command also arrested one Auwalu Ibrahim of Kurna Asabe Quarters who confessed to have participated in various armed robbery operations across Kano city in recent times.

Auwalu Ibrahim told the Kano Police that he majored in car-theft and confessed to have operated in various parts of Kano city, with his network of accomplices.

Also, a female robber, Hajiya Hauwa Abubakar confessed to the Police that she had taken part in various armed robbery operations in Kano, particularly, car snatching.

Hajiya Hauwa confessed to have conspired with others at large to carry out robberies and car-theft within Kano metropolis.

“During investigation on Hajiya Hauwa’s case, one Honda CRV with Reg. No. BM 01 MSA Chasis No. JHLRD1848VC 000863, one Range Rover with Reg. No AV 994 JJN and one unregistered Zongshen Motorcycle were recovered from her. Investigation is on top gear to arrest members of the syndicate,” Police Commissioner added.

CP Idris also revealed that efforts of members of the public, the police and vigilante group led to the arrest of two notorious criminals identified as Auwalu Abdulsalam and Buhari Ibrahim who specialized in store-breaking.

Mr. Idris who also stated that the Police arrested 256 suspects during random raids on the black spots within the city.

Among exhibits recovered by the Police in Kano, within the period of three weeks include three AK 47 Riffles, one FN Herstal Belgium SSS Rifle, one Makarov Pistol, one LAR Rifle, one FNC, one locally made Pistol, two locally made Revolver Pistols, two constructed AK 47 Rifles, two Dane Guns, 29 Rounds of 5.56mm live ammunitions and 20 Rounds of 7.6mm live ammunition.