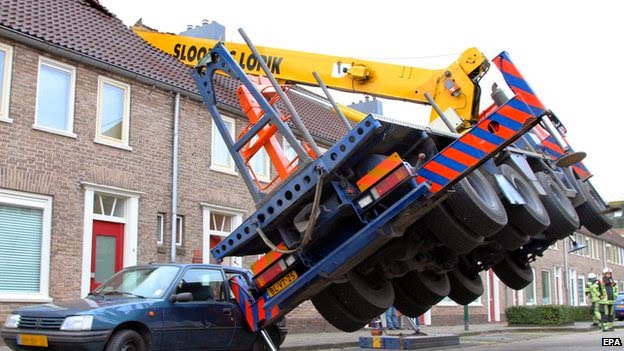 Marriage Proposal Gone Wrong: Romantic Guy Lands In Hospital While Trying To Propose To Girlfriend Through The Window

The man had wanted to surprise his girlfriend by lifting himself to stand before her bedroom window in a bucket attached to a crane. He planned to propose to her when she came to the window but he didn’t secure the vehicle carrying the crane.

The unsecured crane fell onto neighbor’s rooftops forcing evacuation of the occupants of the other houses.

Fortunately for him, he escaped unhurt and went ahead with a simpler proposal. The woman said yes and the two are now on vacation in Paris.