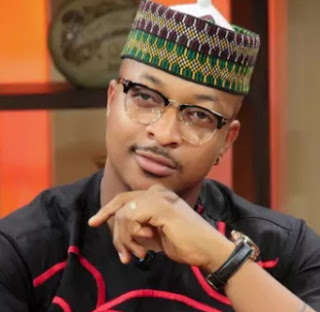 October 24, 2017 – When A Married Man Sleeps With Another Woman, He Has Broken His Marital Vows – Actor IK Ogbonna

The producer of Excess Luggage movie, IK Ogbonna has joined men claiming that having sex with another woman is not cheating.

In a new chat with Broadway TV, the happily married father of two said men only cheat when they develop 100% intimate bond with other women.

Here is what he told Broadway in an interview he granted yesterday:

“If a man finds himself in a situation, like sleeping with another woman for 30 minutes and you move on with life, nothing exist the second it ended.’’

”With that you only broke your marital vows, that is not cheating. Cheating is when you share your 100 percent with the said woman, like giving her your extra time, having chatty moments and planning trips with her.”

“For me, I looked for a woman that had everything that I wanted. From beauty to brains, companionship and friendship. I’m more about building my family, life and builfing a future both for my internal/external family. I really don’t have the time (to cheat) as i’m always workin and whatever time left is spent with family.”

“People say it is in every man’s DNA but I dont think so. It’s a mindset. If you hang around people that cheat, you would probably become a cheater, and vice versa. I don’t think every man’s cheat. It’s a spiritual thing for some. Some Men cheat because they want to cheat. Same with women, it’s a personal decision.”