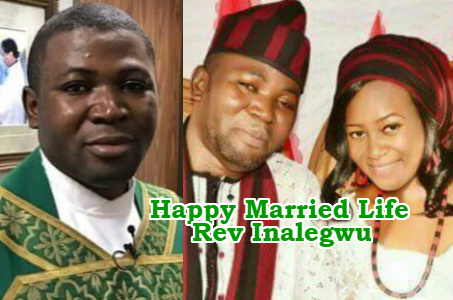 On Sunday, the web went agog with the viral story of a Catholic priest who tendered his resignation after his request to be posted to another parish was never honoured shortly after he regained freedom from his kidnappers

More details have emerged on the subtle way in which Priest, Rev. Father Julius Gospel Inalegwu deceived the entire Catholic Diocese of Kano. 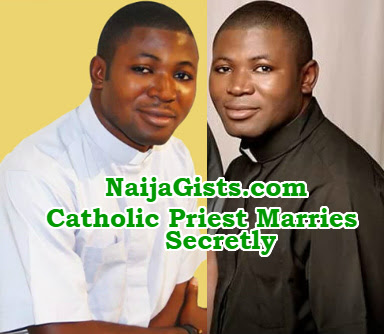 A catholic faithful, Mr Shadrack Okpume took to the social media yesterday to expose the best kept secret of the priest.

He alleged that Inalegwu faked his own kidnap, used it as an opportunity to quit priesthood and cover up his secret wedding.

Read what the source wrote: 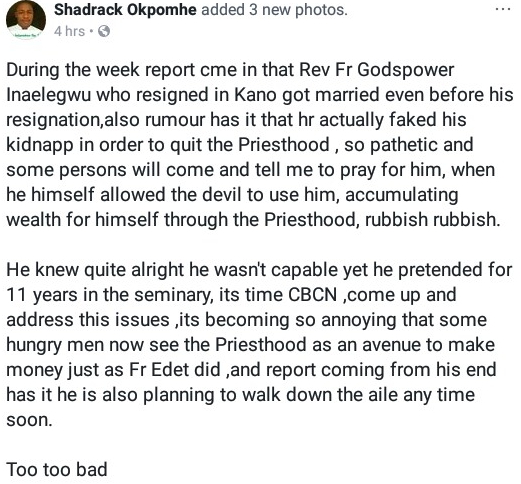 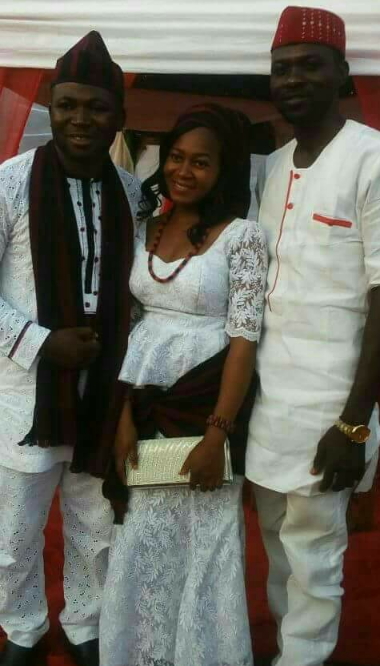 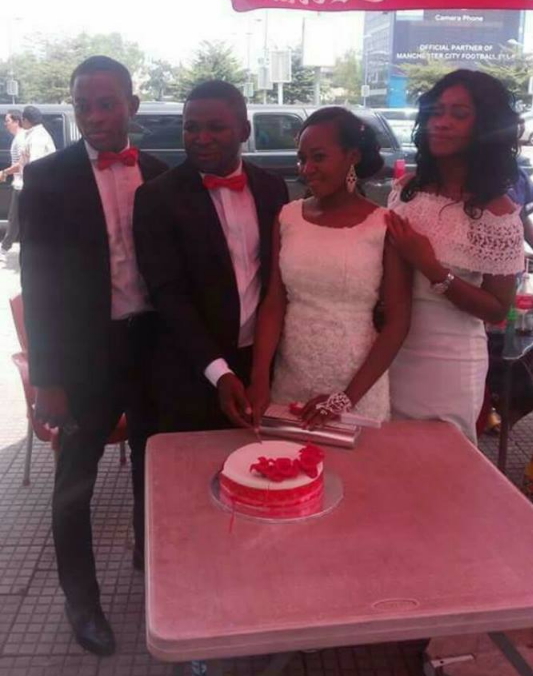 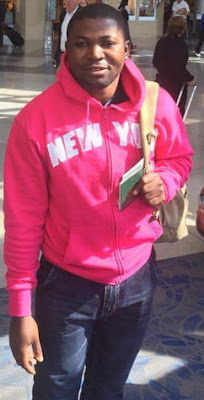 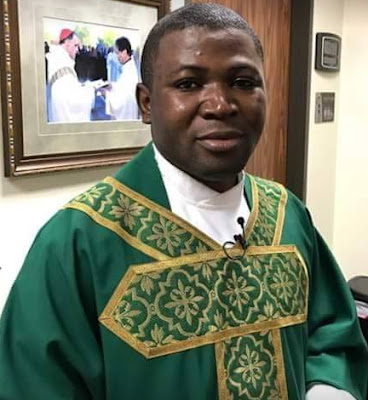 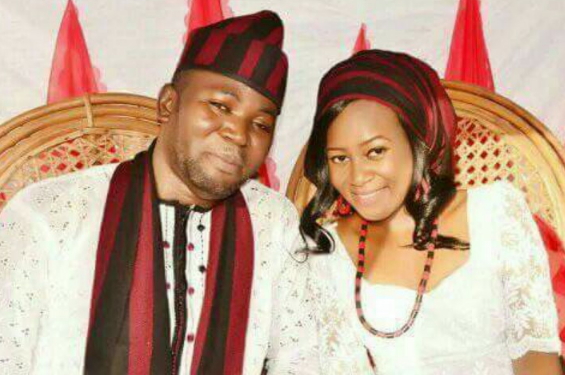 Chai!!! see how the priest con dey smile like someone who just won lottery.  Body no be firewood o.

One can tell he is happily married.

Why did he have to do all these to free himself from priesthood.

Why not come straight like Rev. Father Edet who recently claimed he quit priesthood to make heaven?.

Nigerian Woman Headbutts Husband, Breaks His Nose During Fight In Ado Ekiti
When A Married Man Sleeps With Another Woman, He Has Broken His Marital Vows – Actor IK Ogbonna