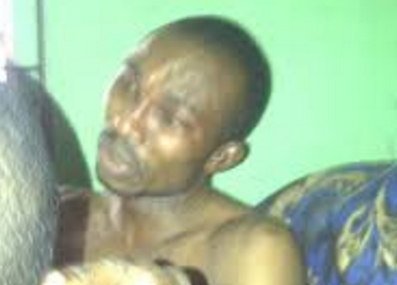 A self-acclaimed man of God in Eket LGA of Akwa Ibom State, identified as Pastor Augustine Mendie , is in deep trouble as he was made to marry the corpse of a female church member he had impregnated and tried to procure an abortion for.

According to the reports, the pastor who is the General Overseer of a pentecostal church in the area and married with children, is a randy man who slept with many ladies in his church, both married and single till he got his fingers burnt.

The lady who became his albatross, according to the information, was the praise and worship leader of the church but also pastor’s secret lover. No one in the church knew what was going on between them until the lady got pregnant and informed the pastor. The man who did not want to shoulder the responsibilities, decided to procure an abortion for her. Unknown to him, the lady had confided in her friend about the development.

In the process of the abortion, the pregnant lady lost her life. When the bubble burst and the friend told the family of the late woman that the pastor was responsible, all hell was let loose.

He initially tried to deny responsibility but after he was threatened with the community’s deity, he agreed that he was actually the one responsible.

To appease the gods, he was made to marry the corpse of the woman the traditional way.