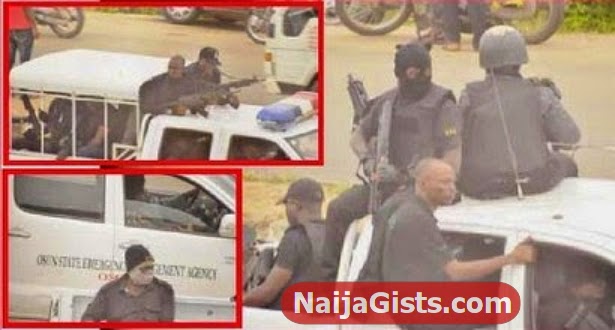 A Senior Advocate of Nigeria, Femi Falana, has given the National Human Rights Commission a 14-day ultimatum to investigate an alleged violation of the rights of an accredited observer, Mr. Lanre Suraj, by masked snipers during the governorship election in Osun State.

Falana, in a petition dated August 12, 2014, threatened to sue the NHRC if it failed to investigate the the violation of Suraj’s rights during the August 9 election.

The SAN said his client was “brutally assaulted by a gang of snipers without any justification” while monitoring the election in Osogbo, the Osun State capital.

The petition, which was addressed to the Executive Secretary of the commission was entitled, ‘Request for investigation of the abuse of our client’s fundamental rights by snipers during the Osun State governorship election held on August 9, 2014’.

Falana said Suraj, who is also the national coordinator of a non-governmental organisation, the Human and Environmental Development Agenda, was accredited as an election observer by the Independent National Electoral Commission.

He added however that Suraj could not identify any of the “snipers” who assaulted him because they were masked.

According to Falana, his client also witnessed how the snipers violated other innocent persons’ rights on the day of the election.

He said that his request for the recording of the “criminal activities of the official terrorists” was rejected by the police.

The petition read, “We are counsel for Mr. Lanre Suraj, the national co-ordinator of the Human and Environmental Development Agenda, a non-governmental organisation on whose behalf and instructions we write this letter.

“Our client was duly accredited by INEC to monitor the Osun State gubernatorial election which held on Saturday, August 9, 2014.

“In the course of monitoring the said election at Osogbo, Osun state, our client was brutally assaulted by a gang of snipers without any justification.

“As the snipers were allowed to wear masks our client was unable to identify any of them. Our client also witnessed the harassment and intimidation of other innocent people by the snipers. “However, our client’s request to the police to record the criminal activities of the official terrorists was turned down.

“Having confirmed that the masked persons are not members of any of the security agencies in the country, we hereby request the NHRC to investigate their involvement in the Osun State governorship election and the brutalisation of our client by the extra-legal security outfit.

“More so, that the Federal Government had vehemently denied knowledge of the existence of snipers in the country.”