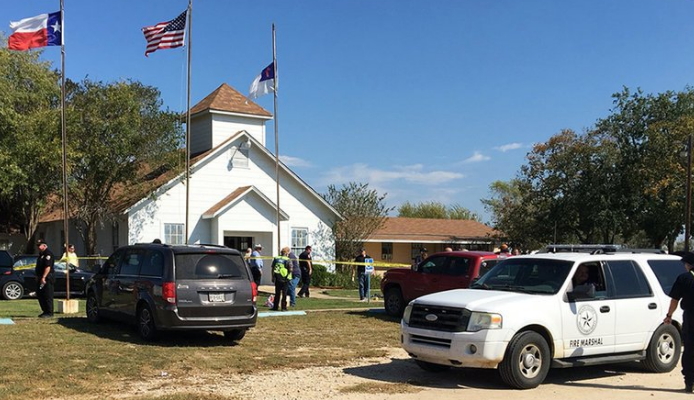 At least 25 worshippers have been confirmed dead with 27 others injured when a gunman opened fire on worshippers at the First Baptist Church in Sutherland Springs town in Texas today.

According to agency report, the unidentified shooter was shot dead by emergency personnel who arrived at the scene within minutes of the attack.

According to a 49-year-old woman who refused to give her name, the shooter fired several shots that lasted for about 15 seconds inside the First Baptist church located about 40 miles south east of San Antonio Texas on Sunday morning.

A gas station near the church which served as shelter for those who fled from the church has now reopened.

Rachael Oniga: I Left My Muslim Husband When He Married Another Wife
Madam Arrested While Attempting To Traffick Underage Prostitutes To Abidjan