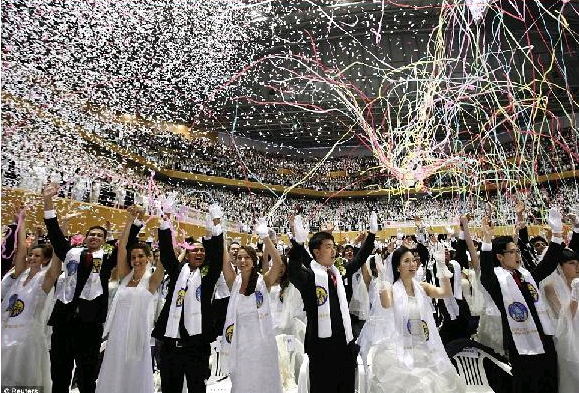 Over 3500 couples from different parts of the world recently gathered at a time in South Korea for a mass wedding ceremony put together by Unification Church just 24 months after the death of the controversial founder.

As if that wasn’t enough, an additional 24,000 Unification church members who’re unable to attend in person also got married via video link at the ceremony presided over by Hak Ja-han, the wife of the late founder.

See more photos from the mass wedding below. 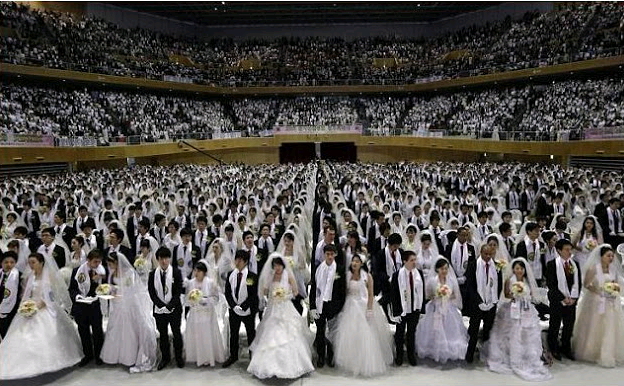 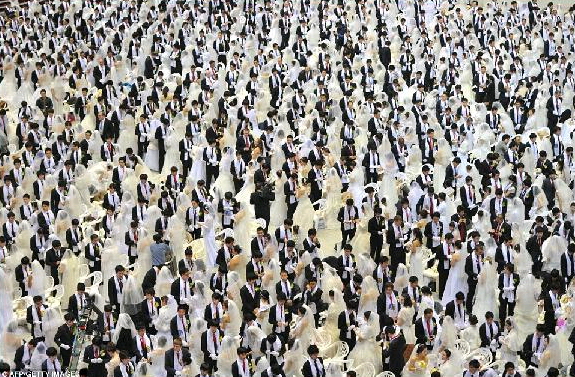 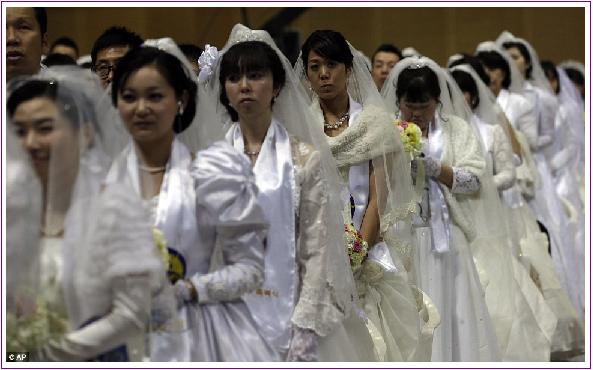 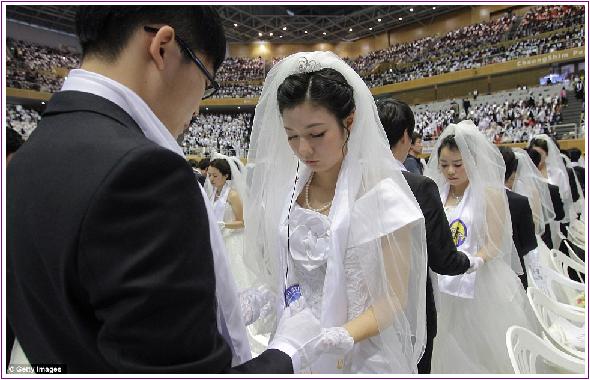 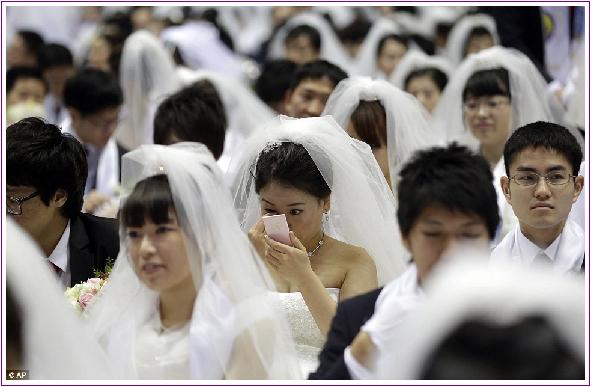 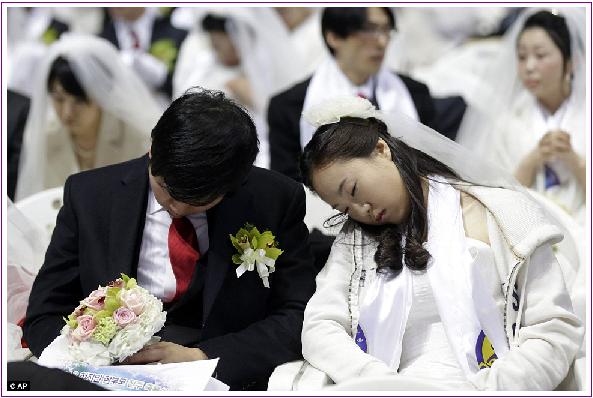