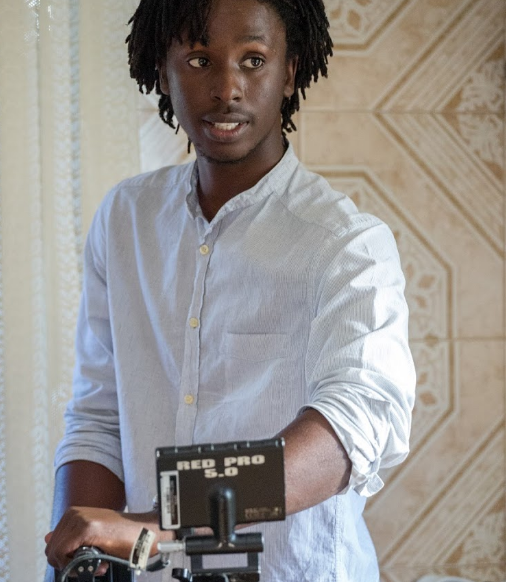 You may not know him because he is not popular at home but Olamide Oladimeji is surely making waves in the Hollywood movie industry.

The 24-year-old UNILAG is etching his name in the Hollywood scene.

He has worked with some of the A-list artistes in Hollywood, including Kevin Hart, Nick Cannon, Boris Kodje, Robin Thicke and was part of the crew that shot the 2016 BET Awards.

Although he has worked on many projects in the US, Oladimeji holds dear to his heart, his experience working with Hollywood comedian and actor, Kevin Hart on the set of ‘The Real Husbands of Hollywood’ Season 5.

“I would say working with Kevin Hart, Nelly, Nick Cannon and other top Hollywood stars on that set for me was an encouragement and motivation. It was a crazy experience but I’m glad I worked on that production,”.

“On several occasions as the tape rolled, Kevin would go off script and the script supervisors would be scrambling to find where he might have made the error in his lines but they couldn’t as Kevin would have improvised and 10 out of the 10 time, the directors would preferred the scene where he had improvised. That’s a great eye opener for me as a cinematographer.” –  Oladimeji recounts