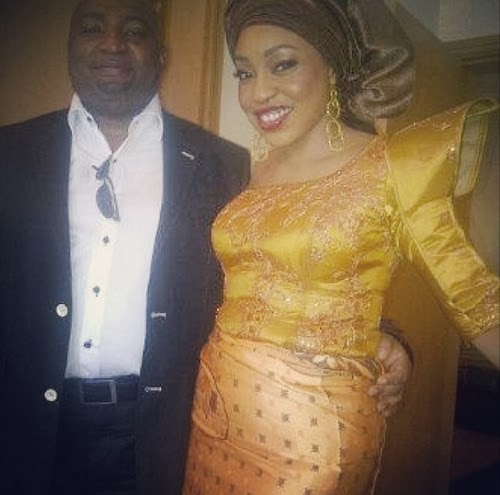 Pictured on the left above is Nollywood actress Rita Dominic‘s elder brother, Mr Valentine Dominic who became a year older on Monday the 7th of October 2013.

The actress honoured her brother when she showed up in a traditional attire.

Rita Dominic also shared photos of herself having dinner with one of her sisters and some nieces in London UK. 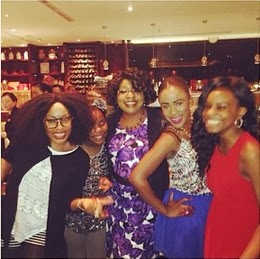 Rita Dominic with sister and her nieces 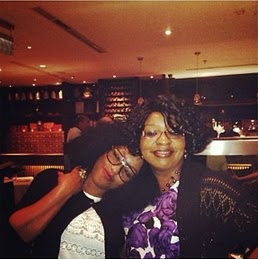 The star actress is really enjoying her time off in the UK.