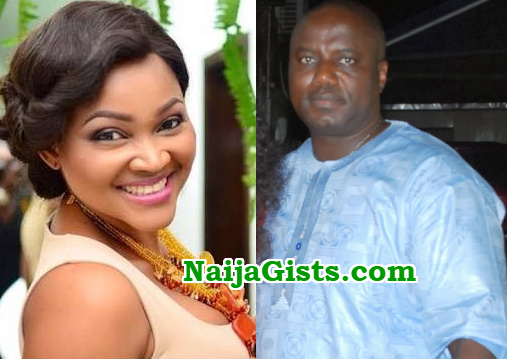 May 6, 2017 – Mercy Aigbe Is Committing Bigamy Because She Moved Into Another’s Man House While Still Married To Me

In this recent chat with Punch NG, Mr Lanre Gentry talked at length on what transpired between him and his estranged wife and how the mother of two had been unfaithful to him in the course of their short-lived marriage.

“I am not fighting with Mercy, she is the one plotting how to get out of the marriage and I am not a party to that because I have never touched her and I will never do so. She has mental problem and that is what is disturbing her for now.

There is a place I normally go to help her get herbal concoction to stabilise her condition, I would go there soon to get the herbal remedy for her. I don’t care about whatever anybody writes, I have granted an interview with the person that I trust.”

“Mercy is committing bigamy because she is still married to me and another man has rented an apartment for her. She has left my house for almost a month and she has been camped with the man. Marriage is not by force, I cannot force her to stay with me because I am not handicapped. She spends my money.

The car she uses, I bought it for her and it cost me about N9.8m, I have the receipt with me. I don’t have anything against Mercy but she should continue with whatever she has against me.”

“I don’t have any issue with Mercy. She has found a better offer than the love I give her so she wants to move on. I have helped her career and put her in the limelight but now she believes she needs another man that she can dupe. I have God by my side.

I still saw Mercy during the week, Wednesday to be precise. It was reported that she obtained a restraining order against me but the truth is that it is a kangaroo injunction.

Is it possible for the court to restrain me from seeing my child or a person that took my property out of my house? Is it possible? I learnt she went to the police but they did not lend her a listening ear so she decided to use the judiciary and we would meet there.

She went to the Lagos State government and was told that they prefer to reconcile marriages instead of dissolving them. I have never beaten Mercy and I would never do such” .